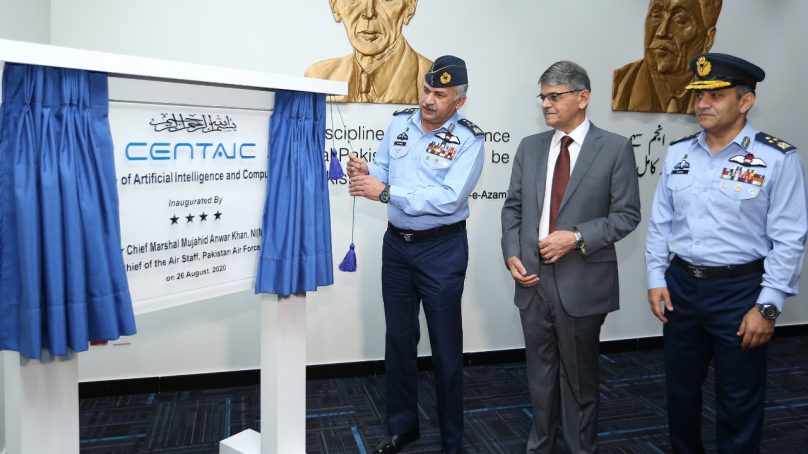 Pakistan Air Force achieved yet another remarkable milestone by inaugurating the ‘Centre of Artificial Intelligence & Computing’ at Islamabad today.

The Air Chief formally inaugurated the newly established centre by unveiling the plaque. Addressing the ceremony, the Air Chief said that establishment of CENTAIC was indeed a landmark initiative in the evolutionary journey of PAF which would lead Artificial Intelligence Research & Development in both civil and military spheres.

He further said that technology had altered the characteristics of warfare in the 21st century and the vision of establishing the centre was to harness the potential of Artificial Intelligence and its integration in PAF’s operational domain.