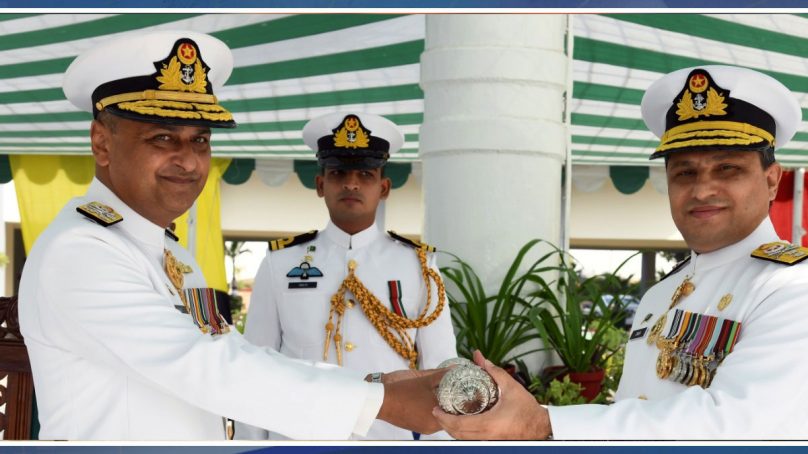 The Admiral has been awarded Hilal-e-Imtiaz (Military) by Government of Pakistan in recognition of his meritorious services.

During Change of Command ceremony, the Admiral was presented Guard of Honour and introduced to the Commandants/ Commanding Officers of units under Command. The ceremony was attended by Pakistan Navy officers, CPOs/ Sailors and Navy Civilians.