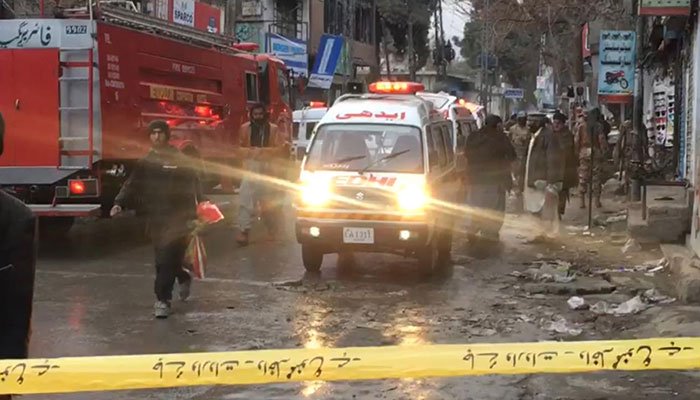 According to media reports, at least two people were killed and seven injured when an explosion occurred at the city’s Shahra-e-Iqbal Road on Monday.

Police confirmed that nearby buildings and vehicles were damaged by the blast. Police and security forces cordoned off the area and are carried out a probe into the incident.