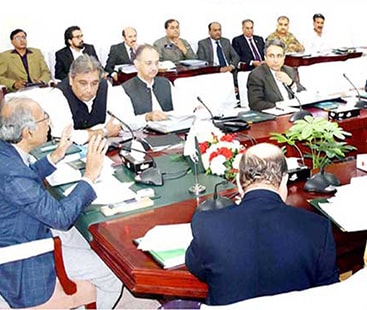 Economic Coordination Committee (ECC) of the cabinet on Wednesday in Islamabad approved a subsidy of Rs1 billion to cut the price of naan and roti at Tandoors.

According to details, the ECC has decided to restore gas tariff as of June 30, 2019, for Tandoorwalas.

At present naan is selling at Rs12 to Rs15 in different cities of the country. However, before an increase in the gas tariff and rates of wheat flour, naan price ranged between Rs8 and Rs10. Similarly, roti is available at Rs10 to Rs12 while its previous rate was Rs7 to Rs8.

Besides, the ECC analysed a five-point agenda, including wheat reserves in the country, cotton price in 2019-20 and the approval of Economic Operator Programme in today’s meeting.

The meeting also considered summary of LNG imports and running of the LNG terminals to their full capacity.

The Ministry of National Food Security and Research briefed the cabinet in details about the wheat reserves, and its supply and demand in the state.

The summary was presented before the cabinet to set the support price for increasing domestic cotton production.

The ECC inspected measures to curb cotton prices in the domestic market through imports.

Another summary proposing imposition of duty and taxes on the import of cotton was considered in today’s meeting, and
the new Economic Operators Programme of the Revenue Division was examined.

Adviser to the Prime Minister on Finance Abdul Hafeez Shaikh presided over the meeting and discussed the overall economic situation of the country.

Power tariff likely to be raised by six paisa