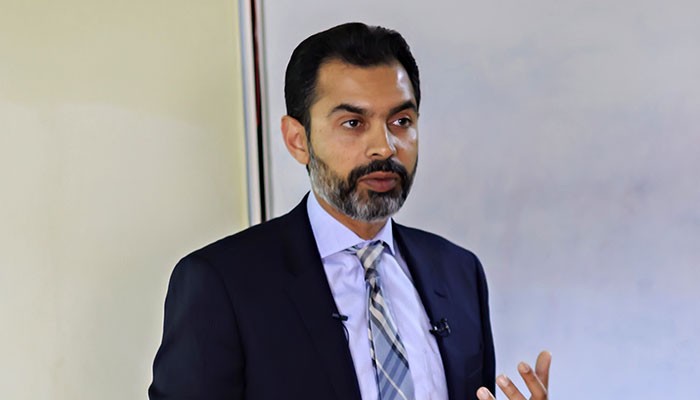 Addressing an interactive session with the members of Overseas Investors Chamber of Commerce and Industry (OICCI), the State Bank of Pakistan (SBP) Governor Dr Reza Baqir has said that economic reforms to counter macro-economic difficulties have started delivering results.

The governor went on to say that macroeconomic stability would spur investment in the country and activate development while confessing that bold measures taken recently were painful.

He explained that average monthly current account deficit has minimized, exports have augmented, non-borrowed foreign exchange reserves have stopped dwindling and are beginning to grow.

The governor hoped that inflationary compressions would improve from second half of the current financial year.

OICCI President Shazia Syed apprised the governor that economic contribution of OICCI members, who are among the largest economic stakeholders, has crossed over $13 billion in the last seven years.

She said that, despite challenges faced by the economy, OICCI members are optimistic about investment opportunities in the country.

Syed also praised the governor over quick payment of profits to OICCI members in spite of pressures on the country’s foreign exchange reserves.

Nevertheless, the OICCI offered a complete list of recommendations to the SBP governor, which included suggestions for getting rid of additional approvals for remittances.

Baqar also said the State Bank is moving towards digitization and practical engagement that will deal with the main issues steadily.

He promised to consider several OICCI recommendations while emphasizing the need for constant discourse.

Overseas Pakistanis remit US $5.4 billion in the first three months of FY20