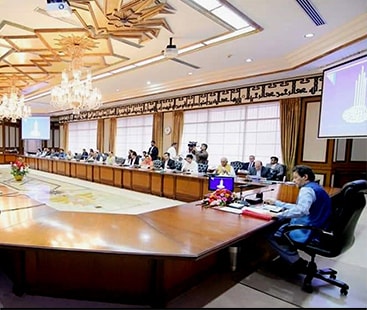 GIDC ordinance: Federal Cabinet likely to undergo changes after PM’s visit to US

After Prime Minister Imran Khan withdrew the Gas Infrastructure Development Cess (Amendment) Ordinance 2019, differences have erupted in the Federal Cabinet which is likely to undergo changes after the premier’s visit to the United States.

According to details Pakistan Tehreek-e-Insaf’s (PTI) ideological group is of the opinion that the government faced embarrassment owing to the wrong suggestions and is determined to find out the responsible persons.

It has been recommended to form a core group to analyze decisions beforehand on key issues to avoid such situation in future.

Let it be known that PM Imran Khan had on Wednesday decided to withdraw the Ordinance and directed the Attorney General to move an application for urgent hearing in the Supreme Court.

However, the ordinance triggered a wide range criticism, forcing the government to withdraw it.