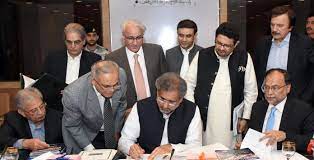 Government plans to raise Rs5.9t for the budget deficit

The government of Pakistan has decided to raise Rs5.9 trillion to be able to fund the budget deficit. According to the auction target calendar from June to August 2021, this amount will be raised from Pakistan investment bonds and market treasury bills.

It has been decided that seven auctions will be taking place between June and August for three months, twelve months, and six months T-bills for the designated amount of Rs5 trillion. The government has also decided to raise Rs900 billion from PIBS auctions in the under review report.

The inflation rate of Pakistan has gone down to 10.87% year-on-year