Govt may decrease the price of petrol by Rs11 per litre - Rava.pk
Recent View all
Press Release
Read more 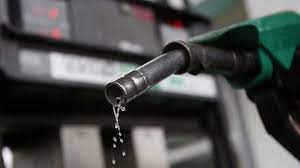 Govt may decrease the price of petrol by Rs11 per litre

The petroleum price is expected to decrease by Rs10 per litre effective from December 16. The implementation of the Oil & Gas Regulatory Authority (Ogra)’s order depends upon the acceptance of the government. With respect to the reports, Ogra has made the proposition of slashing petrol price by Rs8 to 10 litres. Ogra awaits the final decision which will be announced after the evaluation of taxes by the government.

The previous month, the government decided to maintain the petroleum products prices for the span of fifteen days December 1-15 after receiving acceptance from prime minister Imran Khan.

Gold gains price by Rs650 per tola in Pakistan