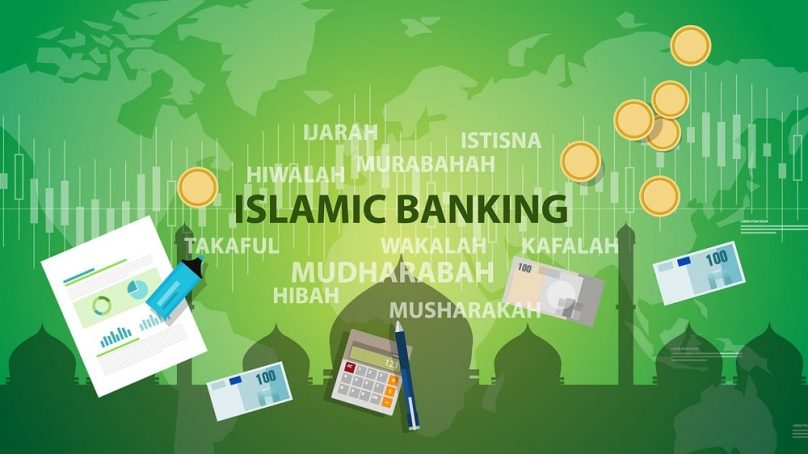 The Islamic Banking Industry (IBI) has reached new peaks during CY21 as its assets surpassed the 5 trillion mark to reach Rs5,577 billion with the highest ever increase of Rs1,308 billion, whereas deposits reached Rs4,211 billion with an increase of Rs822 billion. State Bank of Pakistan (SBP) reported this today in its Islamic Banking Bulletin for the quarter ending December 2021.

According to SBP report, assets of IBI grew by 30.6 percent in CY21, while deposits increased by 24.2 percent during the same period. As a result of this strong growth, the market share of Islamic banking assets and deposits in the overall banking industry increased to 18.6 percent and 19.4 percent, respectively, by the end Dec 2021.

The increase in assets of IBI was driven by both financing to the private and public sector and investments in Shariah-compliant securities. Financing by the IBI recorded a rise of Rs716 billion (38.1 percent) during CY21, which is also the highest ever increase during a year. Further, investments of IBI witnessed a growth of Rs591 billion (46.9 percent) during CY21 on the back of domestic sovereign Sukuk issued by the Government of Pakistan.  On the funding side, current deposits and saving deposits of IBI witnessed a significant increase of Rs441 billion and Rs277 billion respectively during CY21. The growth in deposits is also owed to the fact that, during CY21, the availability of Islamic banking services increased in the country with the addition of 500 new Islamic banking branches. The total number of branches now stands at 3,956 across 125 districts, which is around 25 percent of the total number of commercial banks branches in the country.

It would be pertinent to mention here that IBI has been playing a significant role in the implementation of various measures taken in the wake of the Covid19 pandemic and several other key initiatives to promote financing for low cost housing and SMEs and digitization. During the Covid19 pandemic, SBP introduced Temporary Economic Refinance Facility (TERF) – a concessionary refinances facility aimed at promoting investment in both new and expansion and/or Balancing, Modernization and Replacement (BMR) that has been highly appreciated by the business community.  In the disbursement of financing under TERF, the IBI also contributed significantly with a sizable share of 38 percent of the total amount disbursed. Similarly, under the flagship initiative of Mera Pakistan Mera Ghar, a financing facility to promote affordable housing, the share of IBI has been 49 percent in total disbursements and 58 percent in the total approved amount of financing.  In the case of Roshan Digital Account, Islamic Banks have been able to attract sizable investment in Islamic Naya Pakistan Certificates (INPCs) with a share of 46 percent to total inflows under NPCs.

Islamic banking has been witnessing robust growth over the years on the back of SBP’s leading role in creating a conducive environment for the expansion of the Islamic banking industry. It remained an important pillar of SBP’s strategy to promote financial inclusion in the country. Key initiatives taken by SBP during CY21 include: i) issuance of the 3rd five year strategic plan 2021-25 for the Islamic banking Industry providing a roadmap and headline targets; ii) introduction of Shariah compliant standing ceiling facility & open market operations, iii) development of transaction structure of GoP domestic Ijarah Sukuk for fresh issuance(s) & its re-opening thereafter with multiple assets; iv) issuance of Shariah compliant regulations for the lender of the last resort facility, v) issuance of instructions on Shariah non-compliance risk management instructions; vi) strengthening of Shariah governance mechanism, and vii) numerous initiatives for awareness creation for the general public and capacity building of relevant stakeholders.

State Bank has been playing an active and leading role in the promotion of Islamic banking globally at various international forums. Currently, the Governor SBP, Dr. Reza Baqir is the Chairperson of the Council and the General Assembly of the prestigious Islamic Financial Services Board (IFSB) for the year 2022. SBP will host the next Islamic Financial Services Board (IFSB) Council meeting in May 2022. IFSB is an international standard-setting organization that promotes and enhances the soundness and stability of the Islamic financial services industry.

State Bank has also been recognized as the best Central Bank of 2021 across the world in promoting Islamic finance by the Islamic Finance News (IFN), an arm of RED money Group, Malaysia. Previously, SBP was bestowed with this coveted award for the years 2015, 2017, 2018, and 2020.

The bulletin is accessible at: https://www.sbp.org.pk/ibd/Bulletin/2021/Dec.pdf