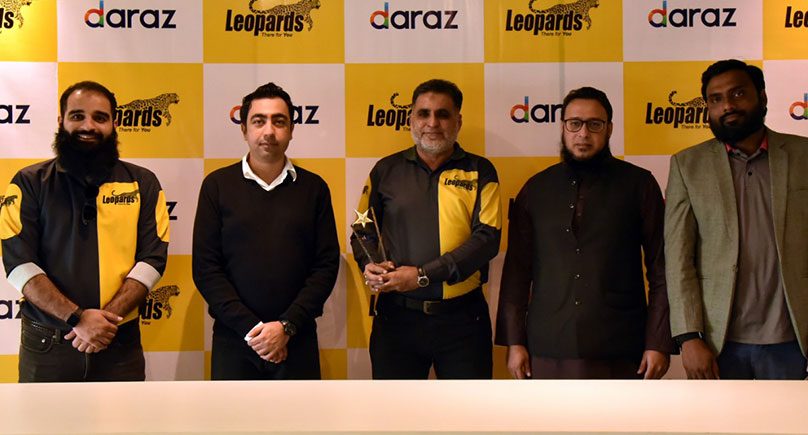 It was an auspicious moment for Leopards Courier Services to win the 3PL Champion’s competition organized by Daraz. The merits for 3PL Championship were strict and calculated. They included some valuable parameters such as Delivery Success ratio, Numbers of Shipment Delivery rate, payments made on time, Lead time, Claims and Backlog. Leopards Courier acknowledges the fact that the success ratio is directly related to Optimal Lead time. By virtue of all factors, Leopards Courier Services came out on the top amongst all partner Courier companies. Daraz also organized OND championships simultaneously with their promotional campaigns in October (10.10), November (11.11), and December (12.12). There was an overwhelming response by the customers in these campaigns, as millions of orders were received.

Leopards Courier Services and Daraz have been working for many years now. Leopards Courier Services also won the ‘Daraz – 3PL Partner of the month’ award from July to December, consecutively. The key behind winning these accolades was that Leopards Courier Services had a tightly knit comprehensive strategy to evaluate and execute their delivery plans. They improved their efficiency by completing 100% deliveries, apt reporting, spectacular control tower setup, and analyzing customer feedback. They are Logistic partners and work together to achieve benefits. The 3PL championship was a recognition from a distinguished fellow partner.

In order to boost productivity, Leopards Courier Services also ran an internal competition named ‘Battle 11.11” which was an accumulation of two campaigns. It was an internal competition within Leopards, as the concept (Haftawar Salami award) which was given to top riders and operational staff. The distribution was based on multiple zones. Approximately, 50 people were given the prize, certificates, and letters on weekly basis. It helped in morale boost and it worked as a successful positive reinforcement. It helped in identifying the top-performing zones, cities, and stations. Then management gave heft cash prize to the areas which were outperforming. Also, during Covid-19, Leopards Courier Services acquired more businesses and sustained employments.

Apart from the competition, Communication was another successful way to motivate people. Leopards Courier Services enabled their people to perform, track every shipment, and give utmost importance to deliver. They believed that it is their promise and responsibility to fulfill their task. To make the process smooth as possible, they carried communication through emails and conference calls, twice and thrice times on a daily basis. It boosted synergy in networks and teams and exhorted the philosophy, ‘Sky is not the limit’.

Most importantly, Leopards Courier Services dedicated the Daraz 3PL Champion’s award to their ground Leopards, the people who work day-and-night and all across the network in far-flung areas, mountains, and other difficult landscapes, where others shy away. Even the unpredictability of weather cannot hinder their undying resilience to complete their task. In the light of motivation, Leopards Courier Services aspire to move towards new avenues and circumvent new challenges.