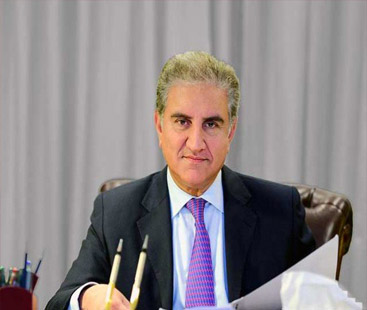 On Wednesday, Foreign Minister of Pakistan Shah Mahmood Qureshi said that Pakistan had shared its assessment and feedback regarding Indian occupied Kashmir with the Chinese leadership

The FM Qureshi said that a joint approach is adopted by Pakistan and China during a meeting of the Human Rights Council in Geneva.

He said the Chinese leadership has been taken into confidence on all issues of note, adding, the leadership of the two countries hold frequent exchanges and discussions and adopt unanimous strategy on regional and international issues.

FM Qureshi further entailed that both countries had signed wide-ranging memorandums of understanding (MOUs) on a plethora of matters.

The Foreign Minister said that China and Pakistan have agreed on setting up a jointly produced desalination plant in Pakistan. He added that the plant will also benefit the city of Gwadar.

He further stated that MoU’s had also been signed in the discipline of Education, along with one on the betterment for those with physical disabilities.

MoU’s have also been signed in the field of narcotics control.