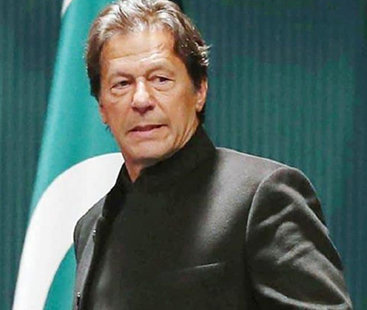 Addressing a ceremony in Islamabad on Thursday, he said that the most significant aspect of this programme is merit, adding that only those nations progress which acted upon merit. “Muslims have ruled the world for thousands of years,” he said and added the West progressed due to democracy. 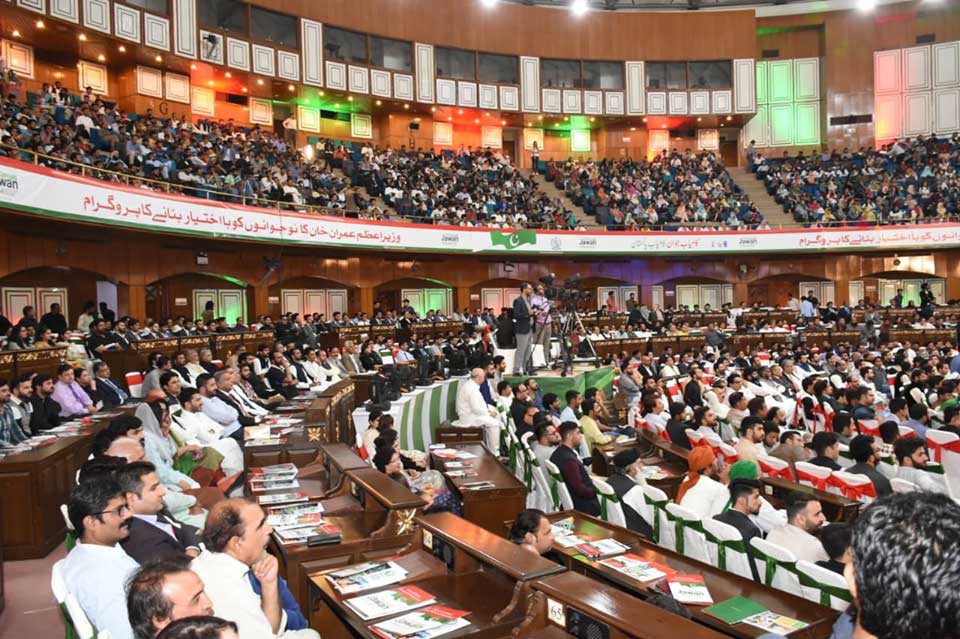 The prime minister said that Quaid-e-Azam Muhammad Ali Jinnah urged to avoid corruption, adding that the country would only make progress when corruption is eliminated.

Read Also: How to apply for Kamyab Jawan Programme

He said as a result of establishment of state of Madinah by Prophet Muhammad (PBUH), the Muslims ruled the world for over a thousand years. He said meritocracy and uprightness were hallmarks of the state of Madinah which helped it succeed.

The Prime Minister urged the youth to read about the life of Prophet Muhammad (PBUH) as he is a role model for the whole world.

The Prime Minister congratulated all stakeholders for launching the first phase of program for youth of the country.

Imran Khan said we need to change our mentality to become a self-reliant and self-esteemed nation. For this, we will need to develop a culture of paying taxes. Earlier, addressing the function Special Assistant to Prime Minister on Youth Affairs Usman Dar said this program will take our youth to prosperity.

He said Kamyab Jawan program is the first step on the promise made by Prime Minister Imran Khan to make the youth employed. He said 68 percent of Pakistan s population consists of youth. He expressed regret that previous governments failed to devise policies for the development of youth. He said our government has prepared the country s first Youth Development Framework, under which work is being carried out in six areas. Loans fewer than 100,000 rupees will be without interest and will be distributed on priority basis in 45 under privileged districts.

Meanwhile, under Kamyab Jawan Program, one hundred billion rupees will be distributed among youth as loans for their business ventures. The youth are being provided loans under three categories. It is anticipated that the program will benefit one million youth. Two hundred feasibilities have also been made available online to help assist the youth in working on business ideas.

A quota of twenty five percent has been allocated for women to increase their share in the national economy. Kamyab Jawan program has been prepared under National Youth Development Framework and it will act as milestone to make youth of the country independent. The program will help cope with unemployment and poverty. An integrated system has been developed for transparent and modern scrutiny of applications. 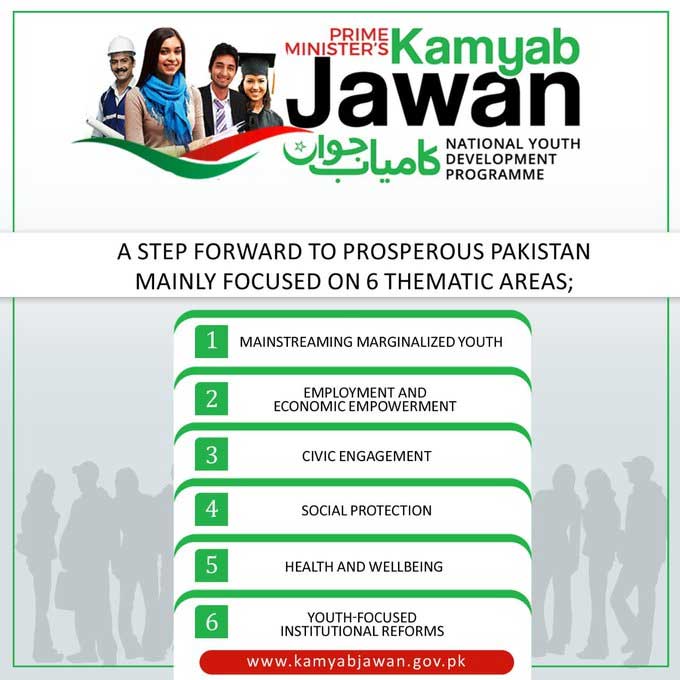 The objective of the Prime Minister’s Kamyab Jawan Program is to open up the self-employment opportunities for the people of Pakistan. All men and women of Pakistan with CNIC and age between 18 and 45 years can avail this opportunity.

The loan tenure will be of eight-years with a grace period of one year. Small enterprises both startups and existing business can avail the Prime Minister’s Kamyab Jawan Program and benefit from it.

All men/women holding CNIC, aged between 21 and 45 years with entrepreneurial potential are eligible. For IT/ E-Commerce related businesses, the lower age limit will be 18 years.

Small enterprises (startups and existing businesses) as per definition of SBP and owned by youth as per above-mentioned age brackets are also eligible.

For IT/E-Commerce related businesses, at least matriculation and/or experience of at least six months.

25% of the loans will go to women borrowers.

Security arrangements will be as under:

T1 loans: Clean, however, only personal guarantee of the borrower

The government will bear credit losses (principal portion only) on the disbursed portfolio of the banks as under:

Finance Division shall allocate funds in each fiscal year’s budget as per estimates provided by SBP. Payment will be made on submission of consolidated claims of all the banks by the SBP.

T1 loans: 6% p.a. fixed for the borrower. The government will pay the difference of the cost at KIBOR+500bps

T2 loans: 8% p.a. fixed for the borrower. The government will pay the difference of the cost at KIBOR+400bps

In the first instance, National Bank of Pakistan (NBP), Bank of Punjab and Bank of Khyber will execute the program under the guidance and supervision of State Bank of Pakistan. Subsequently, SBP will also advise other commercial banks for participation in the program.

NBP will continue to play the lead role. NBP’s share in total disbursed loans will be up to 50%.

All sectors. Standardized schemes/ projects/ undertakings designed by SMEDA, or projects designed by private sector service providers or by individuals, themselves will also be admissible.

The Form would be both in English and Urdu and require minimum essential information with a simple format.

The processing time will not exceed 15 days and will be stated clearly in the application form.

The forms would be readily available both in branches and through dedicated websites of the banks. A non-refundable form processing fee will be Rs. 100 (Rupee One Hundred Only).

SBP will publish consolidated information about the loans extended under this program for information of the public on a quarterly basis on its website.

The whole of Pakistan. In case of Balochistan, at least one branch of NBP will be designated per Division. All non-designated NBP branches will also provide and receive filled application forms and dispatch them to the nearest branches.

Executing Agencies (EAs) under this program should ensure the following additional measures:

Criteria for assessing entrepreneurial potential should be developed and implemented.

A mechanism must be introduced to ensure that the prescribed debt-equity ratio has been maintained. Before disbursement of the loans, it should be ensured that the equity is deposited in the bank from the borrower’s own sources where the equity mechanism is in the form of cash.

3. The banks are advised to gear up their systems for successful implementation of this program and to avoid any misuse of the program.

4. Loan Application Forms will be available both in branches and through dedicated websites of National Bank of Pakistan, Bank of Punjab and Bank of Khyber. The standard loan application form is enclosed at Annexure-1. The banks are advised to mention their toll-free number in the loan application form for the facilitation of youth entrepreneurs. Eligible borrowers may apply for the loans immediately after the formal launch of the program by the Prime Minister.

Pakistan to remain on Grey List till Feb 2020: FATF President