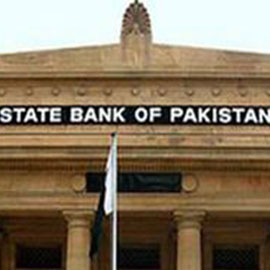 The concept of effective exchange rate , which includes nominal (NEER) and real effective rates (REER), occupies a prominent place in macroeconomic analysis as it provides valuable information about a county’s relative position, in terms of competitiveness of its goods and services for trade, viz. a viz. other countries.

In this context, using the updated trade weights and new countries, which are provided by the IMF to its member countries as it has access to extensive dataset needed for calculating basket weights, SBP has revised the NEER and REER series accordingly. The new weights are calculated by the IMF on the basis of 2013-15 trade patterns in the global economy. In case of Pakistan, this update led to increase in number of basket currencies to 37 which were previously 25 based on 2010-12 trade data. The new weights reflect the change in trade dynamics for Pakistan. For example, the share of China and other Asian economies in trade with Pakistan has risen considerably.

To facilitate its users, the data and a brief note discussing the methodology for calculating NEER-REER indices is placed at links below. The data shows that on real effective basis, the exchange rate depreciated 15.8 percent between June 2019 and June 2018, slightly more than the 13.9 percent based on the old series.

For information, press release by the IMF on updating trade weights for its member countries is available at the following link;