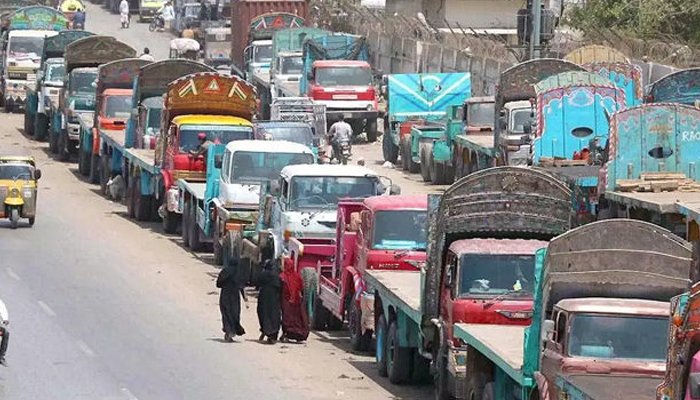 Due to the increasing prices of petroleum products, the All Pakistan Goods Transporters Association has decided to go on a strike. The goods transporters have complained that due to the hike in fuel prices, the price of tyres has also been raised resulting in them in facing problems to meet their expenses. Moreover, the transporters put forward their concern of transport tax and increasing diesel price. They had warned that if the prices do not go down, the edible items wouldn’t be supplied. The strike will be given in Balochistan, Punjab, KP, and Sindh in the next few days.

Earlier, the federal government raised the price of petrol and diesel by over Rs8 per litre that didn’t settle well with the goods transporters. PM Imran Khan has stated that the prices are most likely to grow further. With respect to the notification by the Finance Division, the price of petrol has been hiked by Rs8.03 so the total is Rs145.82 per litre. As for the high-speed diesel, the prices have increased by Rs8.14 to Rs142.62.

Do you think the strike is going to have an impact?