Home  »  Editors Choice   »   1971 War: When the Sentinels of Pakistan Turned India into Smithereens 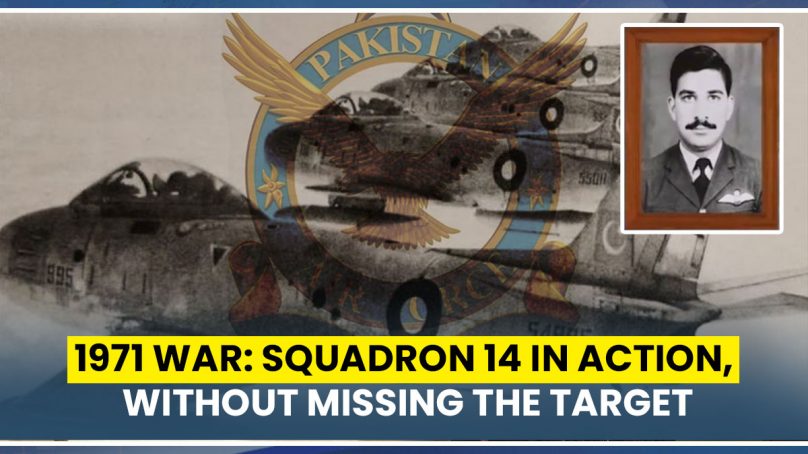 There are some wounds in the lives of nations that never heal. December is a month in the history of Pakistan which is associated with very bitter and tragic memories of Pakistan; whether it is the tragedy of the Army Public School or the painful memories of the fall of Dhaka, the month of December will always haunt the nation.

The fall of Dhaka has given the impression that Bangladesh, formerly East Pakistan, was a hotbed of oppression by West Pakistan, while surprisingly the role of Mukti Bahini and Sheikh Mujibur Rahman is not widely discussed. However, as the pages of history turn, it seems that this story, full of the wounds of one’s own and one’s loved ones, is reminiscent of the evening of Kufa Bazaar.

There is no denying the fact that the establishment of Pakistan has been in the eyes of India from the very beginning and will remain so. India had started its conspiracies against Pakistan from day one. India made Pakistan the center of its conspiracies and gradually began to promote racial and linguistic prejudice in what is now called proxy war. India used every possible means to harm Pakistan.

Confirming this, Yuri Bezmenov, a former officer of the Russian secret service KGB, said in an interview that there was no war of independence in the former East Pakistan in 1971. It was just a psychological operation. He said they recruited good writers and good speakers and brainwashed a large number of people and incited them to revolt and later killed all such people, the greatest example of which was Sheikh Mujib. When his work was over, he was eliminated, Bezmenov added. (The interview is still available on YouTube)

The political leadership of West Pakistan is also responsible for the fall of Dhaka.

Unfortunately, the focus of West Pakistan’s political leadership was solely on power, which led to a growing sense in East Pakistan that it was monopolized by the British.

Ayub Khan’s martial law was used by India to its advantage and West Bengal began to poison the hearts and minds of the Bengalis. The election of 1907, however, completed the deficit in which Sheikh Mujibur Rehman won a clear majority while Zulfiqar Ali Bhutto’s Pakistan Peoples Party won in East Pakistan. General Yahya Khan was the head of Pakistan at that time and Martial Law was enforced in the country. Instead of transferring power to the Awami League, General Yahya Khan made the most serious mistake in the history of the country and initiated action against the Awami League. This horrible and blatant mistake played a key role in dividing the country.

India was already waiting for such an opportunity and on the basis of this mistake, India gave full support to the separatists and formed Mukti Bahini and started guerrilla war. Not only this, on the pretext of helping the oppressed Bengalis, India attacked East Pakistan on 3rd December, 1971 with the help of 0.25m army with all its might from three sides while the guerrillas of 0.3m Mukti Bahini in East Pakistan as India’s internal support. On the other hand, there was the tired defeated army which had been present for nine months, which was facing not only the infidelity of its own people but also the brutality of its enemies.

Confirming this, in 1971, Brigadier Pinder Singh, a staff officer of General Manik Shah, wrote in his book Soldiering with Dignity that in 1971, we would send Mukti Bahini and Indian soldiers in Pakistani army uniforms to Bangladesh, where they would loot and make the role of the Pakistani army questionable in the eyes of the Bengalis. This work has greatly benefited us going forward.

Indian Army Chief General Manik Shah was asked if the Pakistan Army surrendered without a fight. He said something along these lines: “They fought valiantly but because they were far fewer than us and their air power was exhausted, their supply and reinforcements were closed and they were far from their base, West Pakistan, due to which they had no chance of winning.”

An army that did not have any kind of logistics or any kind of direction, yet it did not surrender without a fight. After being defeated by Pakistan in 1965, India decided to increase its military strength for which it had all kinds of military assistance not only from Russia but also from the United States. And it had the honor of being the fifth largest power in the world. Its air fleet included: MIG 21, Su7, HF24-7, Gnat MK1, Hunter, Canberra, and Mystere 1VA.

Not only that, but India had also strengthened and integrated its air defense. The Indian Air Network consisted of Early Warning and Low-Level Radars, due to which the Indian Air Force had the upper hand in all respects. The United States, our primary source of supply, imposed embargo on Pakistan, while also supplying new aircraft and hardware. The Pakistan Air Force did not have long-range interceptor aircraft in enemy airspace. The Mirage 3 could not be used freely because it was so scarce and expensive.

It should be noted that in the former East Pakistan, hundreds of local personnel from the Pakistan Air Force had joined the Indian Air Force.

On the other hand, Pakistan’s worst political conflict was ongoing.

According to independent sources, the Pakistan Air Force was able to destroy and damage 141 enemy aircraft, the breakdown of which is something like this:

India also acknowledged the heavy losses of its SU7 and Hunters.

Now let’s take a look at Pakistan Air Force Squadron No. 14. This was the only squadron of Pakistan Air Force in East Pakistan. The 14th Squadron was deployed. The squadron consisted of training pilots like Squadron Leader Dilawar, Flight Lieutenant Shamsul Haq and Flying Officer Shamshad. This squadron faced 10 squadrons of the Indian Air Force. Squadron 10 consisted of Mig21, Su7 GNAT and Hunters. But the recklessness and bravery with which the Air Force Squadron No. 14 faced the enemy four times more than itself is an example in the history of the Air Force.

The Pakistan-India air war officially started on December 3, where the Indian Ten Squadron launched a barrage of attacks on Pakistan’s only squadron. The Indian Air Force thought that in a maximum of three to four hours they would be able to destroy all the F-86 aircraft of the 14th Squadron, but once again they ended up destroying many of its own aircraft. Squadron 14 destroyed the enemy’s SU7s and Hunters inflicted irreparable damage on MIG21s.

On this day in Dhaka, two such air forces were facing each other, one of whom had only passion, faith and love of country, while the other was an enemy equipped with modern aircraft.

A handful of Pakistan Air Force veterans fought valiantly and retaliated against a force four times greater than their own and kept the flag of the country high. On that day, the Indian Air Force was able to fly 128 missions in Dhaka alone.

December 4 will be incomplete without mention of Flight Lieutenant Saeed Afzal.

Named Sitara-e-Jurat, the renowned Pakistan Air Force pilot was born on July 7, 1948, to a military family in Attock.

Flight Lieutenant Saeed Afzal (Martyr) joined PAF Academy Risalpur in 1966 and graduated on June 30, 1968 as a Fighter Pilot. After completing the Fighter Conversion Course, he was assigned to the No. 18 Squadron.

During the Pak-India tensions, Saeed was posted to the 14th Squadron in Dhaka where he narrated a wonderful story of bravery which will always be remembered.

Due to his aviation skills and heroism, Flight Lieutenant Saeed Afzal managed to deter India from attacking Dhaka Airfield and continued to compete with the best of his aircraft. But in the end, they were targeted by the Indian hunter. His last words were, “My plane has hit and I’m jumping.”

Flight Lieutenant Saeed Afzal managed to jump safely but unfortunately the rescue helicopter found only his parachute and since then he has been declared as “Missing in Action”. He was awarded the Star of Courage for his courage, perseverance and sense of duty.

This fierce battle in the air continued till December 8, even though the Air Force had to suspend its activities due to the non-maintenance of the airfield.

In hindsight, in this unilateral war of December 1971, the Pakistan Air Force severely damaged 144 aircraft of the Indian Air Force. If Pakistan had tried to strengthen its defense, the country might not have had to suffer the stigma of East Pakistan.