2021: The Year That Saw the Judiciary Flexing Its Muscles
Recent View all
News
Read more 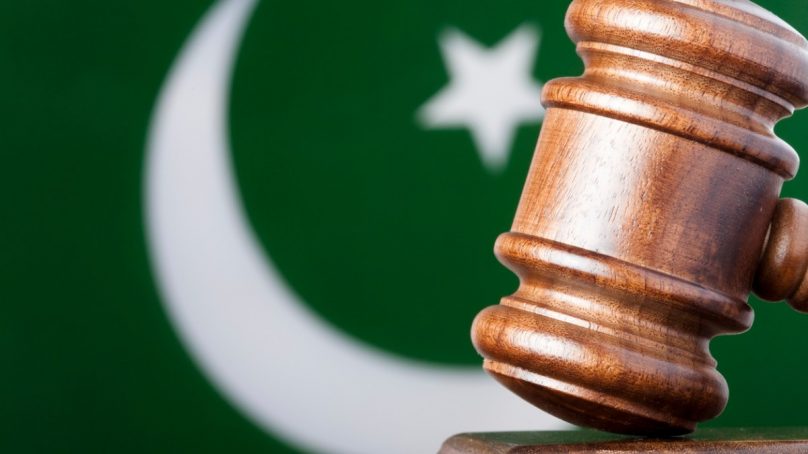 2021: The Year That Saw the Judiciary Flexing Its Muscles

The most important of the three pillars of any state is the judiciary. Timely dispensation of justice is the cornerstone of a civilized society; without justice no society can function or survive.  In fact, a society that has no respect for law or justice is destined to fall apart, and history is replete with such instances. Although Pakistan boasts of a fair number of laws, their implementation is acutely lacking, which makes the country a place where the law of might is right prevails.

The year 2021, however, brought a glimmer of hope for those who believe in the rule of law and justice.  The year saw some of the most important verdicts taken by the Supreme Court related to Sindh, especially Karachi. The decisions the apex court took with regard to illegal constructions and encroachments in the metropolis particularly stood out and became the center of media’s attention.

In the year, the Supreme Court took a no-holds-barred approach and issued orders to demolish buildings that were illegally constructed on service roads or amenity plots, including Nasla Tower, Tejori Heights, Albari Tower, or Pavilion End Club. Of late, the apex court has also issued orders to return Askari Park to the Karachi Municipal Corporation (KMC) and stop all commercial activity in the park forthwith. In addition, the Supreme Court has given one year’s time to Sindh Chief Minister for rehabilitation of the victims of Gujjar and Orangi nullahs.

SC’s displeasure over use of military land for commercial purposes

The Supreme Court also issued stern orders to demolish Tejori Heights, while the FIA was reprimanded over the issue of the occupation of civil aviation lands.

Order to hand over Askari Park to KMC

The Supreme Court issued a written verdict for a hearing on Askari Park, stating that park should be handed over to the KMC within two weeks.

The court remarked that the park should be used for the public, and no charges should be levied from the public. The SC also directed the KMC to install its own swings in view of the incidents of children falling off these rides and dying due to their decrepit state and poor upkeep.

The chief justice gives one year’s time to the Sindh chief minister for rehabilitation of the victims of Gujjar and Orangi nullahs.

The chief justice also took notice of the illegal constructions in the historic building of Denso Hall and reprimanded the secretary culture.

The case of death of children due to malnutrition in Thar is also under consideration in the Supreme Court Karachi Registry. The report submitted by the health secretary was declared unsatisfactory.

How much justice did the people get from Sindh High Court in 2021?

Let’s take a look at how much justice the people got from the Sindh High Court in the year 2021, how many cases are still pending and which important cases have been resolved.

The Sindh High Court issued reports of the total cases, according to which it resolved 256,486 cases in 2021.

The Sukkur bench also has 5,933 cases pending while 77,614 cases have been resolved.

Whether it is NAB affected officers or politicians, the year 2021 has been hanging like a sword as compared to the year 2020. Officers holding important positions in the Sindh government had to go home on the petition of MQM while key PPP leaders have not escaped NAB’s grip.

The NAB report revealed that 494 officers voluntarily compensated for the losses to the exchequer, while 41 officers pleaded with NAB in court.

On October 13, the Sindh High Court rejected the bail plea of ​​the Speaker of the Sindh Assembly, Agha Siraj Durrani, following which he surrendered himself to the police.

PPP leader Faryal Talpur was released but Ali Hassan Zardari’s wish to go out in case of assets exceeding his income could not be fulfilled. On the other hand, the year 2021 did not prove to be important for Jamil Soomro and Sohail Sial.

On September 1, the Sindh High Court held drivers under the age of 18 as well as their parents responsible for the main cause of traffic accidents. Justice Aftab Ahmed issued strict instructions to IG Sindh and joint secretary in this regard.

There is no doubt that the most important decisions were made by the High Court in the year 2021. However, 60,666 cases are still pending in the Sindh High Court and the eyes of the litigants are fixed on the halls of justice. It is hoped that the coming year will be instrumental in bringing justice to such people.