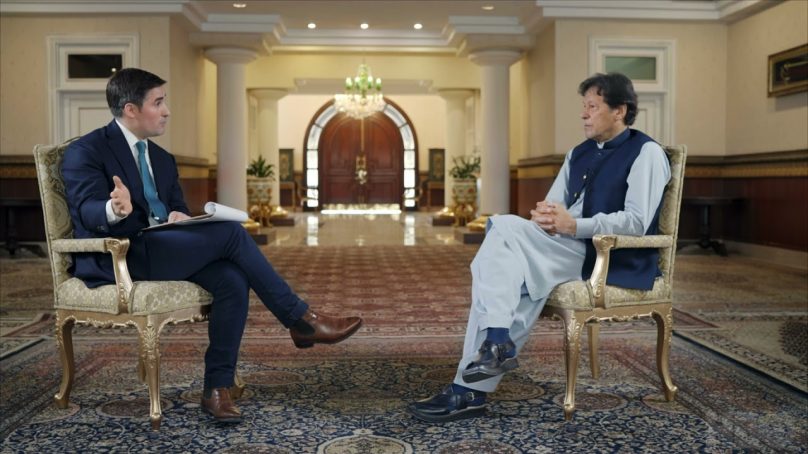 IN a shocking and unprecedented development, Prime Minister Imran Khan has made no bones about the fact that Pakistan will not let the US use its territory for any kind of action inside Afghanistan.

When asked during a recent interview with a foreign website if Pakistan would allow “allow the American government to have CIA here in Pakistan to conduct cross-border counterterrorism missions against Al-Qaeda, ISIS or the Taliban”, the prime minister curtly replied “absolutely not”.  Surprised by the unexpected reply, the interviewer sought to reconfirm whether what the PM said was true by probing further: “Seriously”?

The prime minister’s stance makes it quite clear that he does not want Pakistan to repeat the mistakes of the past. He staunchly believes that the US-led War on Terror which brought the Taliban regime to its knees, with Pakistan serving as a frontline country, proved to be counterproductive for the country, incurring it a heavy human and financial loss. This is true to a large extent, and one can barely disagree with the PM’s viewpoint.

Siding with the US, the world’s sole superpower, may have some short-term gains – mainly considering our economic vulnerabilities – but it’s bound to upset our neighbors, including China, our best friend and most reliable strategic partner. Besides, the Taliban have also warned their neighbors to not allow the US military to operate bases on their soil. If Pakistan overlooks the warning, the Taliban may hit back by facilitating the TTP to conduct terrorist attacks inside Pakistan, and may even befriend India.

So, will Pakistan stand by its stance of no bases to the US military? Honestly speaking, it’s too premature to say anything about it at this stage. But one thing is certain: the Biden administration is not going to take it lightly. It is expected to try and use every trick in the book to impose a decision of its choice on Pakistan. Let’s see if Pakistan is able to sustain the pressure.