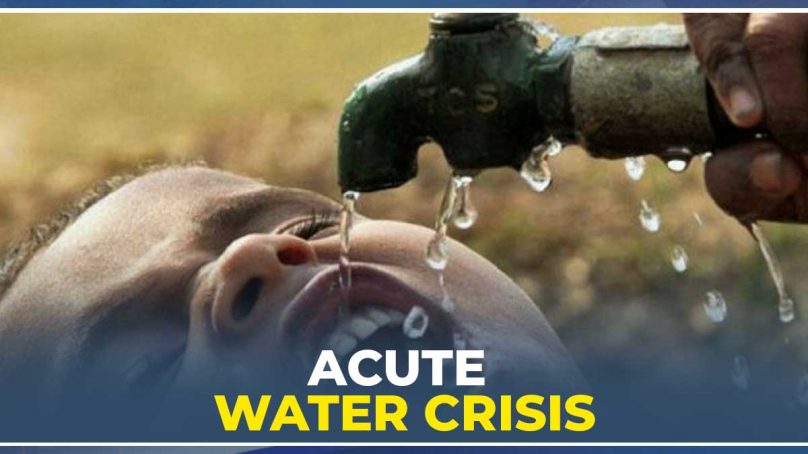 Experts have been warning about the looming water shortages in the country for nearly two months. The prediction was anticipated after the country received 26 percent less snow last winter than in prior years, followed by a dry spell in March and April. It had, however, not been considered that the slower melting of glaciers would exacerbate the shortages.

These factors put together suggested that Pakistan’s rivers were likely to dry up shortly. Tarbela and Mangla, the country’s two biggest reservoirs, reached dead level much sooner than forecast. As a result, it’s no surprise that lower riparians in southern Punjab and Sindh are undergoing their worst water shortages in decades.

Images of parched agricultural land and livestock carcasses lining the bone-dry bed of the Indus in regions of Sindh and south Punjab highlight the severity of the crisis that farmers are grappling with. The situation is serious, since many residents in the affected districts are facing the loss of their crops and livestock.

Media reports have suggested that smallholders in Sindh are staging protests over their crops, cattle, and impending starvation, while irate farmers have also allegedly attacked Sindh irrigation staffers. The worst part of the story is that most impacted farmers will not be able to recover their livelihood losses even after the glaciers begin melting in the coming days, filling rivers and dams, and the monsoon season begins.

The existing water problems will likely continue throughout the winter, and we may not have enough water in the reservoirs for Rabi crops, mainly wheat, putting food security at risk.

The current situation serves as yet another reminder that, by 2040, Pakistan may be the region’s most water-scarce country due to a variety of factors such as climate change, population growth, mismanagement of the water economy, obsolete irrigation practices, dated water transmission infrastructure, and a lack of reservoirs.

Pakistan’s water issues extend beyond surface water. Irrigation is also putting a strain on groundwater resources. Despite this, no government has demonstrated any urgency in dealing with the country’s 220 million people’s food and long-term economic security.