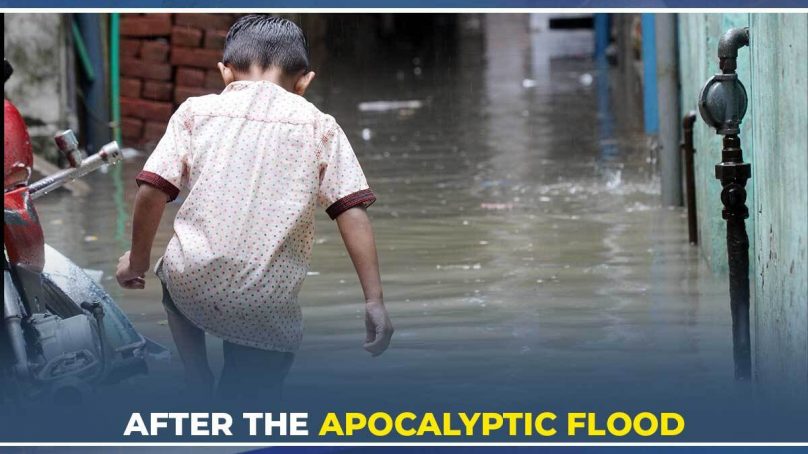 The flood that unleashed the country recently was nothing short of disastrous, but if no quick action is taken by the world community, the situation in the months ahead, if not years, will be exceedingly difficult for everyone to control.

Recent reports and documents show the enormous problem the country is currently facing.

The UN on Tuesday in Geneva released a revised flood response plan that called for $816 million in immediate help to provide pressing humanitarian assistance to 9.5 million people in the worst-affected areas. The document lists 33 million as the overall number of flood victims, of whom 7.9 million have been forced to relocate. Nearly 600,000 people are housed in relief camps.

A report from the Population Council that just came out also has significant specific information about the vulnerability of the flood victims. According to its findings, the affected population includes 610,000 pregnant women who need antenatal, delivery, and postnatal services, as well as 5.1 million young children under the age of five who need nutrition and immunization care, 940,000 senior citizens with special needs, and 610,000 seniors. The most alarming signs are seen in Sindh: 380,000 pregnant women, 539,000 individuals over 65, and almost 3 million children under five.

It is encouraging to see that the UN General Assembly overwhelmingly approved a resolution on Friday calling on donor countries and organizations to fully support Pakistan’s rehabilitation and reconstruction efforts. More hearteningly, the world has acknowledged the need to support this country as it deals with a catastrophe that was not its fault. In spite of producing less than 1% of global greenhouse gas emissions, Pakistan is one of the countries most susceptible to climate change.

However, it would be the height of foolishness for Pakistan to fail to see that its own misguided and unfair policies have increased the consequences of the devastating monsoon and made its citizens more susceptible to its aftereffects.

To name a few, the relevant authorities have done nothing to stop completely illogical and illegal constructions from encroaching on natural drainage channels; plummeting population growth rates appears to be low on the government’s list of priorities; climate change will further strain an already-scarce resource base; and grossly inadequate health care spending has left the general public more vulnerable to disease.

Most crucially, it is better to address climate vulnerability locally through strong local administrations, the vital third layer of government that is sorely lacking.

We need to reverse course and put climate change at the forefront of decision-making. Otherwise, we’ll be in for more catastrophic events each year.