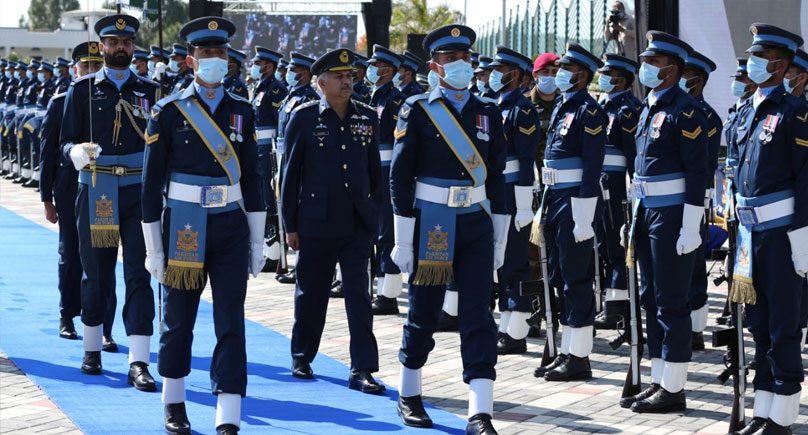 27 February, 2021: Air Chief Marshal Mujahid Anwar Khan has said that Pakistan is a peaceful country, but “if our sovereignty is challenged, our response would always be Swift and Resolute as it was on 27 February, 2019”.

Addressing a ceremony held at Air Headquarters, Islamabad, to commemorate the second anniversary of PAF’s resounding victory in “Operation Swift Retort”, the air chief said that the PAF maintained its Operational Readiness to deter aggression despite the challenges of COVID-19 pandemic.

He went on to say: “PAF maintained its Operational Readiness to deter aggression, despite the challenges of COVID-19 Pandemic. He further said, “Pakistan is confronted with varied challenges including a Hybrid War, which demands our enhanced commitment and vigilance. PAF endeavors to augment its capability in all spectrums of operations while pursuing modernization through indigenous efforts.”

Former air chiefs and a large number of PAF officials witnessed the ceremony. Earlier, a smartly turned out contingent of Pakistan Air Force presented the Guard of Honour. Another important event of the ceremony was a spectacular fly past by two formations of PAF fighter aircraft including F-16, JF-17, F-7 and Mirage. The ceremony was rounded off with soulful performance by the young students of Fazaia School and College.