Ali Sadpara: A Man Who Loved to Conquer the Heights
Recent View all
Sports
Read more 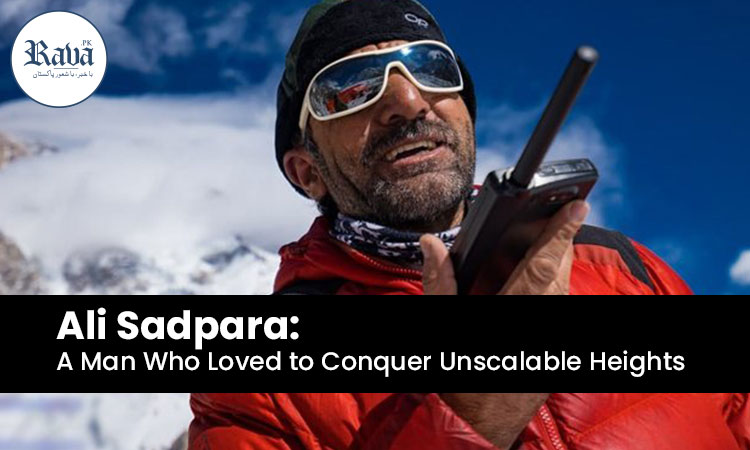 I remember as a child, whenever we used to go to the village, my best hobby was catching fireflies at night. We would all catch these flickering fireflies and put them in a small basket and see the light of these lightening insects in the dark.

The light that used to spread from these flames burning in the darkness is still seared in the windows of memories. Now, the bustle of the cities and the lights of the fireplaces between the concrete buildings are just a dream.

At school, when I asked Baba to explain in Kashana Chaman what was so special about this worm that prompted even a poet like Allama Iqbal to write the whole poem on it. He made me understand in one easy sentence: It is not in this worm or in its light; it is that its light shows the way in the darkness.

There are also people who have the attribute of a firefly in them and they become a metaphor for the light that shows the way in the darkness. They become Edhi and shine as a firefly, or they become Dr. Rath Fau or Dr. Adib Rizvi and, according to Allama Iqbal, become a “Jugnu” as the ambassador of the day in the kingdom of the night.

But not everyone can become a firefly, nor does every human being have such a special quality that they can shine like one in the dark, because to shine like a firefly one needs courage, grit, and sheer madness.

The obsession to do something that ordinary people start calling crazy, insane. Someone’s madness makes him Farhad by giving him a sharp edge, while someone’s lunacy makes him Ali Sadpara to conquer the heights. Perhaps feeling the high peaks under your feet would be the culmination of the same insanity that Ali Sadpara Bhayas had to go through in the coldest weather.

An impossible journey that not only requires mere courage but extreme madness. When Ali Sadpara was asked what it feels like to climb a peak, he would call this feeling “indescribable”. When asked what he would do if he got lost in the mountains, he said that he would build a house in the snow.

The madness of conquering K2 in winter, and the feat of waving the flag of Pakistan could only have been committed by a maverick like Sadpara. Just last month, when Nepalese climbers scaled K2, Ali Sadpara and his colleagues continued their expedition to climb the rebellious peak.

All eyes in Pakistan were waiting for this lunatic to reach its destination in good health – the heart used to say that it was the sheer passion that led Ali Sadpara to climb Nanga Parbat for the first time during his winter adventure in 2016. He even had the honor of having conquered eight peaks of 8,000 meters due to his sheer obsession.

Sadpara, on the other hand, had felt four peaks of 8,000 meters under its feet in just one year. But this time the mind was saying that this is the way of death. One out of every four climbers who aspire to climb this rebellious peak have had embrace death. As Sadpara’s footsteps increased, so did the enthusiasm of everyone. But on Friday when the first news came that Sadpara and his associates had lost contact with the base camp, all hands went up for the safety of the climber and his companions.

But the mind knew that in this coldest weather, without oxygen, at such a high altitude, there might not be any good news from Sadpara.

Today, after two days of nail-biting wait, the news has come that he is no longer obsessed – yes, but it is also true that this obsession with his insanity has made him a metaphor for courage, perhaps in the adventure stories. Not only will he be remembered in history as a firefly who himself lost his way in the cold darkness but left a ray of light for those who followed him.

Here’s bidding adieu to the iconic climber that symbolized grit and passion. May he rest in peace!

Emirates SkyCargo to work with UNICEF for COVID-19 vaccine distribution