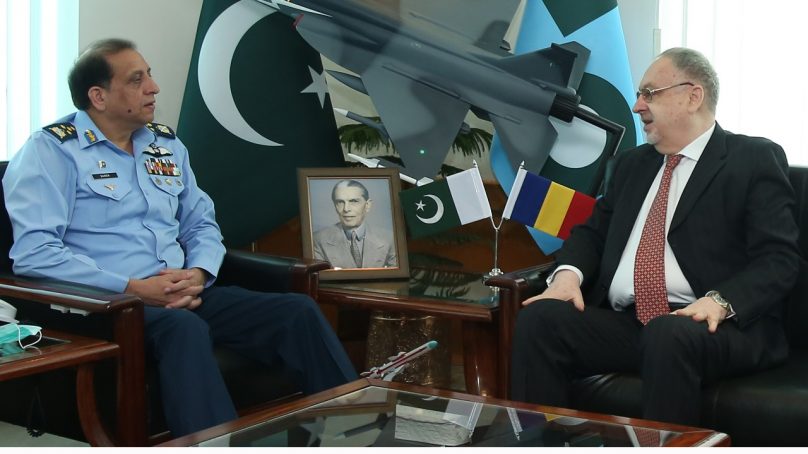 Ambassador H.E. Nicolae Goia commended the professionalism of PAF and acknowledged its indigenization initiatives.
The Air Chief said that both the countries enjoyed cordial relations with each other. He also extended his all out support to enhance mutual cooperation between the two Air Forces.

Various matters of mutual interest and professional support also came under discussion during the meeting.