Home  »  Editors Choice   »   An Untold Story of Hunger and Squalor: Noor Chaman Looks up to the State for Help 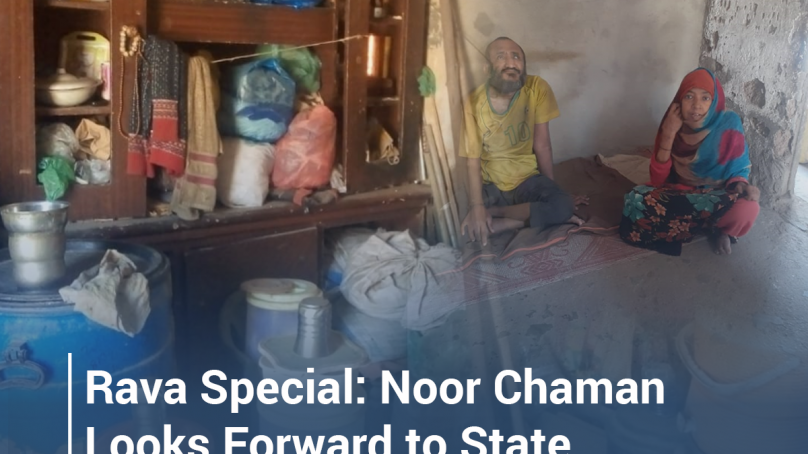 An Untold Story of Hunger and Squalor: Noor Chaman Looks up to the State for Help

The number of Bengali citizens in Karachi is in the millions, while a large number of Burmese and Rohingya immigrants with similar culture also live in Karachi. In Karachi, it is estimated that there are more than 100 small and large Bengali settlements in different sectors of Macchar Colony, Kemari Town, Ali Akbar Shah Goth Korangi, Zia Colony, Gulshan-e-Iqbal and Orangi Town are forced to live. Lack of identity is also a major reason, while another major reason is the lack of attention paid to them by government agencies. Hundreds of stories of poverty and helplessness can easily be found in these streets. And it’s difficult to mention which one to highlight and which one to ignore.

One such story team took Rava News team to the dirt streets of Ali Akbar Shah Goth where stories of hunger and poverty are written on the faces of children running, barefoot, in the narrow and congested lanes. Behind every rotten sackcloth there is an untold story that will plunges one into paroxysms of grief and sorrow. Yes, we can’t say anything about our rulers. Three crippled siblings live in a dilapidated house in the same narrow street. They have no one to turn to. The woman’s name is Noor Chaman while her brothers’ names are Mohammad Ibrahim and Mohammad Qasim.

Hamad Ibrahim is completely disable and can barely speak, while Noor Chaman also utters a few sentences with great difficulty. The plight of the house told the story of the helplessness of its occupants; one wonders how a cup of boiling rice, placed on a stove, could satisfy the hunger of three people? The cracked mats and dirty sheets were enough to tell how the occupants were doing.

Contacting Rava News, Ashraf Ali shared the story of the helplessness of these three with us and said that he and some kind-hearted people help these disabled people and also buy water for them because there is no water here. There is no management. When asked if he contacted Bait-ul-Mal or conveyed the matter to his elected representative from here, he said that he had tried hard but so far no one had listened. He said that the authorities should arrange at least one month’s ration and treatment for these disabled brothers and sisters on the basis of humane compassion.

In the presence of Team Rava, small children were also coming and going in this room, who are probably very young and have grown up in the streets of poverty. He said that we come and go all day and bring them water and do not bother them but give them something to eat.

Hazrat Omar Farooq, the head of the Islamic government spread over an area of ​​2.2 million square miles, had said that if even a dog died of thirst on the banks of the river Euphrates, I would be responsible for it.

These three crippled brothers and sisters need the immediate attention and sympathy of the authorities. These compelled eyes are waiting for the rulers to take two hours out of their very busy schedule and listen to the silent cries of the oppressed because every citizen living in the state is the responsibility of the ruler, who also has to be answerable to God one day.

Command and Staff Conference of Pakistan Navy at Naval Headquarters