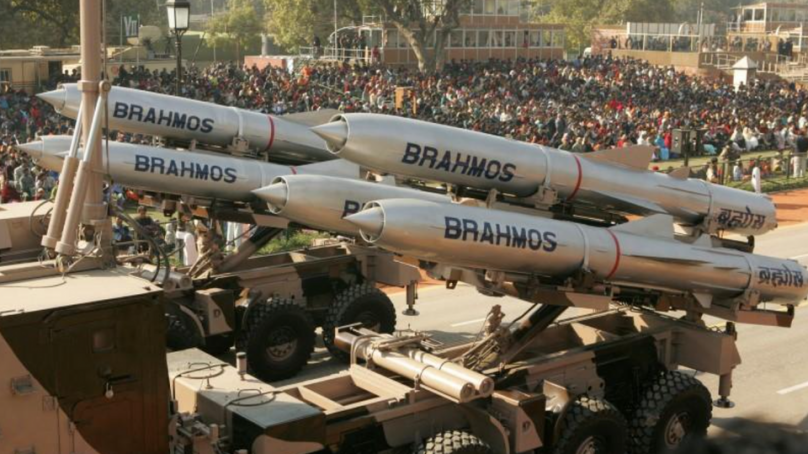 On Wednesday, March 18, at around 8:50 pm, a report came out from Mian Channu Tehsil of Khanewal District that a Pakistan Air Force training plane might have crashed there. However, the Air Force officials immediately denied this. Later, it was said that it may be a private plane then there were reports that a boiler of the factory may have exploded. But when images of the crash surfaced from the scene, a shocking revelation came afront that it was neither a training aircraft nor a boiler blast, but a supersonic missile that had crashed.

The news was confirmed by DGISPR General Babar Iftikhar at his press conference on March 10 the next day while briefing in detail about the missile. DGISPR Major General Babar Iftikhar said that it was a supersonic project which was possibly a missile and was unarmed, the object was within 100 kilometers in India, so we noticed it. Major General Babar Iftikhar said that the object lasted for 3 minutes and a few seconds in Pakistani airspace and traveled within 260 km, necessary action was taken against it in time, the Pakistan Air Force fully monitored it and detected that it had come from the Indian territory of Sirsa.

He said that Indian goods did not fall on any sensitive object in Mian Channu and there was no loss of life but there was damage to the property of citizens, which endangered the lives of civilians on several civilian flights and land, which could have caused a major air crash.

On the other hand, India remained silent on its serious mistake, but after three days, the country officially admitted that a missile had been fired by mistake, which landed in Pakistani territory. An official statement issued by India stated that during normal maintenance, a missile fired, which went towards Pakistani territory and exploded within 80 kilometers. India apologized for this and termed it as unfortunate.

However, is India’s command and control system really weak enough to make such a blatant mistake?

Speaking on this matter, Brigadier (retd) Ashfaq Hassan said that there is an agreement between Pakistan and India that whenever any of them have to fire a missile test, it is better to inform the neighboring country hours in advance that this day in the designated direction they would test their missile. Pakistan did not have this information. This means that it was not a test-fire or their plan. When they say that it was an accidental fire, it means that it was a test fire. This is a cruise missile, not a ballistic missile.

The ballistic missile is launched from a static launcher. It is carried by rocket and given a flyway there. It is then dropped at velocity and then it goes towards the target which is a cruise missile. When it is launched, it does not need a static launch and it has a rocket engine inside it, so it is not possible that they were ready to launch it. It is very strange. How can it be that they were doing maintenance and Fired Because they are doing maintenance, they do not feed all the target data in it, so it has been done deliberately so that the capabilities of Pakistan Air Defense can be checked?

The missile was fired from Sarsa and had to go to Orissa where they have a fire field range and hit their target, which means it was fully prepared and launched.

Whenever the target data is fed into a missile, it cannot change its direction in mid-course. It takes its strategic direction and goes straight to the target.

The missile has changed its strategic direction from 90 degrees to 120 kilometers. Their defense analysts believe that it may have been hit by a cyberattack, but this does not seem possible, and if it does, it will be from the beginning of the missile launch. But it is a very dangerous matter. India’s missile technology, nuclear technology is not in safe hands while its world should take serious note of it. What would have happened if such a mistake had been made by Pakistan.

The Indian missile landed within 124 km of Pakistani territory. India on Friday acknowledged that a missile had been fired accidentally due to a technical glitch. It will be the only incident of its kind where a country’s missile test is so wrong that it crosses the border and inadvertently changes track.

It should be noted that there is an agreement between Pakistan and India for ballistic missile testing. (Ground) or sea (sea) ballistic missiles will be notified better hours before launch, i.e. three days.

In the case of the missile test, the country should issue notices to air missions (NOTAM) or navigational warnings (NAVAREA) to alert air and ships respectively.

While the testing country must ensure that the launch site is not within 40 km, the international boundary (IB) or line of control (LoC) is not within 75 km. The target path of the test missile should not cross IB or LoC and at least 40 km horizontal distance from the border should be maintained.

India acknowledged the mistake and said that “the missile was fired by mistake” while Pakistan called it a “supersonic” missile only.

However, defense experts estimate that this was a test of India’s highest missile BrahMos, jointly developed with Russia. Because the missile traveled 200 kilometers, at an altitude of 40,000 feet it traveled 2.5 times to 3 times the speed of sound.

One of the amazing aspects of this event is that the missile changed its direction in the mid-air midcourse which is a question mark on Indian Command Control.

Given the tense situation between Pakistan and India, this missile test by India was neither a routine test nor can it be said that it was a mistake.

Who would have been responsible for the disaster that could have resulted in the war between two nuclear countries as a result of this accident?

On the other hand, this error or accident is once again pointing to the flaws and fault lines in India’s defense system. Incidents of uranium theft have been reported continuously in India. While stories of nuclear plant faults have also been coming to light.  Indian defense target mistakes are also not coming to light for the first time.

The Indian Air Force shot down its own helicopter on February 27, killing six people. While no missile of Pakistan has ever landed in another country by forgetting its route

A recent example is the successful launch of surface naval missiles and torpedoes by Pakistan Navy ships, submarines, and aircraft in the North Arabian Sea during Sea Spark 2022.

This missile crash raises a number of sensitive questions that India must now be asked, the first and most basic question is whether India’s missile and nuclear device are in safe hands.

Pakistan has given a very settled response to the serious accident, but the demand for a bilateral investigation alone is not enough. Pakistan’s emphasis should be on global forums to investigate the accident and ask whether India’s command control system is reliable or not.

End of the Game?