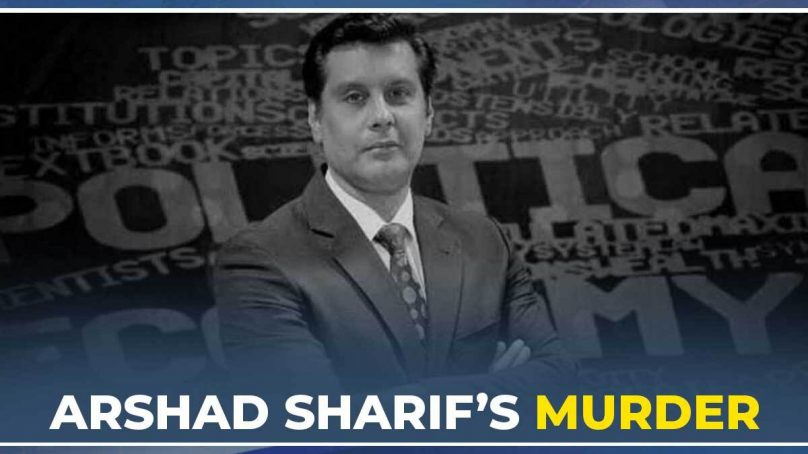 The unfortunate murder of senior journalist Arshad Sharif in Kenya late on Sunday has left a number of questions. The fact about the journalist’s killing may never be divulged, nor will those responsible for his cold-blooded murder be brought to book, unless the clouds of uncertainty over his death are cleared.

The Kenyan police, which is notoriously riddled with corruption, said that Mr Sharif was travelling as a passenger in a vehicle which did not stop at a roadblock. The police, who were allegedly in search for a stolen car, opened fire on the TV anchor, killing him on the spot.

Although Kenyan law enforcement officials claim it was a case of “mistaken identity,” it is unclear why they used deadly force when the late TV anchor’s vehicle failed to stop and why the police officers shot Mr. Sharif in the head.

The late journalist had been in self-imposed exile for more than two months after an arrest warrant had been issued for him as a result of a controversial interview Mr Sharif had conducted with PTI leader Shahbaz Gill. The journalist had also trained his guns at the all-powerful military establishment following Imran Khan’s government’s ouster in April.

Prime Minister Shehbaz Sharif has urged the Kenyan president to guarantee a comprehensive investigation is carried out. On Tuesday, the PM announced the formation of a judicial commission to look into the death. Since Mr. Khan has claimed that Arshad Sharif was the victim of a “targeted killing” and that the slain journalist had been getting threats, it is even more crucial that an open and thorough probe be conducted.

To put speculation to rest, and end the “smear campaign” against the institution, the army has also called for a high-level inquiry. It is hoped that the state would act in accordance with its commitment to finding the person responsible for the killing.

In addition to what occurred in Kenya, it is important to look into the events that caused Mr Sharif to leave Pakistan. It is obvious that the late anchor did not feel secure staying in Pakistan due to the current political situation.

The truth is that we have a very poor track record of safeguarding journalists. Since 1993, 85 journalists have been killed in Pakistan, according to statistics provided by Unesco; however, barely any of those responsible have been penalized. To put an end to this culture of impunity, every threat made against journalists must be treated seriously, and those who do so must face justice.