Back to Square One
Recent View all
Press Release
Read more 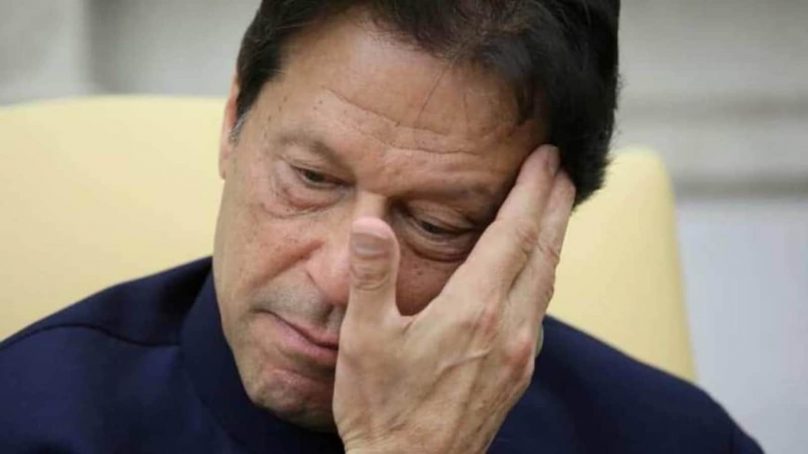 Yesterday was full of nail-biting developments that were fodder for media pundits and commentators. But as night fell, it appeared as though all state institutions were on track to come into a devastating collision. There was pandemonium all across, especially in the highest echelons of power, with television channels upping the ante by doing minute-to-minute coverage of events that were both farcical and calamitous.

Mr Imran Khan appeared more than eager to make a sham out of a routine legislative procedure by forcing the heads of state institutions to play along until the ‘last ball’ of his dull ploy. He was obliged to relinquish control just as the clock was about to run out on the day, giving the opposition a chance to speak. As a result, the PTI government came to an end after a three-and-a-half-tenure that will be remembered as simply ‘unfortunate’ in the history of parliamentary democracy.

When it came into power in 2018, the PTI emerged as a breath of fresh air for many who were tired of dynastic politics in the country. Despite solid charges of an inorganic climb to power, pushed by some powerful elements in the establishment, and tampering in the voting system, the nation generally decided to give it a chance to prove its mettle. Nevertheless, the party soon began to deviate from its lofty objectives. It later allied with non-democratic forces to lay a claim on the federal government after failing to achieve a simple majority.

If the party’s leaders had hoped that their achievements in office would compensate for the compromise, they were soon let down by their lack of experience. The prime minister scrambled change his cabinet within a year. What was regrettable was that, rather than reflecting on and correcting its flaws, the PTI opted to target the opposition. Many people were turned off by the tactic because they expected it to bring about meaningful change. In the meantime, it grew more reliant on the establishment for help in critical decision-making areas. This eventually proved deadly for it when the elements who brought him to power decided they would no longer provide the government any shoulders to lean on and sully their image in the eyes of the people.

Though inexperience ultimately became its downfall, the PTI did also record some admirable achievements. It successfully handled the Covid pandemic, and improved people’s lives through its multifaceted Ehsaas program, and a new public health insurance policy. It is something that the former prime minister will be remembered for. Therefore, it would be injudicious to completely dismiss his successes even if his government has ended. He is a force to be reckoned with by dint of his inexorable verve and a sense of divine mission. However, one hopes that his next incarnation will be a far cry from the venomous haranguer he has become. A true leader is an embodiment of unity and inclusiveness, not of division and hatred. And Imran Khan would do well to acknowledge this.