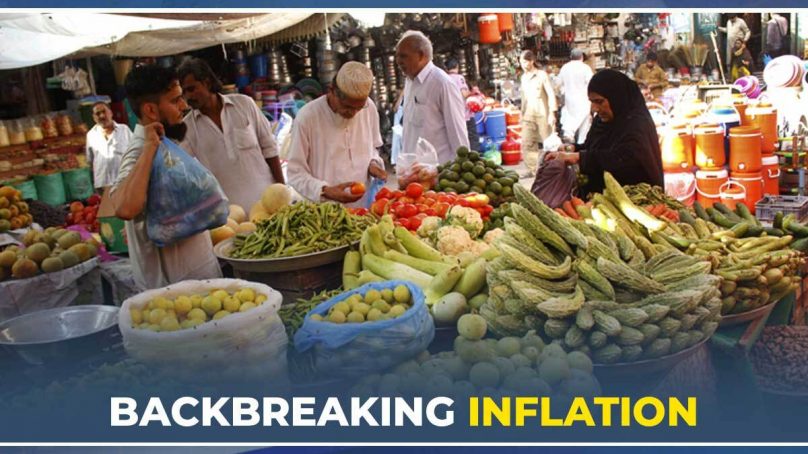 The PDM government’s sustained failure to control prices says a lot about the competence of its economic management team, which is currently overseen by finance tsar Ishaq Dar, who relishes in blowing his own trumpet about his “vast experience”.

The Shehbaz-led government appears to have reneged on two lofty promises it made when it took the helm in May last year: to improve the economy and arrest the galloping inflation. Thanks to its myopic and self-serving decisions, the public has essentially been left to its own devices as the country goes through a harsh and painful period of its existence.

Instead of blaming a particular individual or group of individuals, it is appropriate to place the blame on the string of self-assured economic “experts” whose only real talent was to disappear as soon as the price of their disastrous ideas began to manifest. However, the PDM had marketed itself as the solution to Pakistan’s economic problems, particularly when the PTI was the ruling party. It still needs to show why it placed such faith in its capacity to perform.

After a brief (and modest) dip to 23.8pc in November, consumer inflation continued to soar at 24.5 percent in the chilly month of December, reversing course. This brought the average rate of inflation for the first half of the current fiscal year (July to December) to just above 25pc. Inflation in rural areas, where more than two-thirds of the population lives, has been far higher at roughly 28pc over the same period, which hides a more alarming reality.

In contrast, urban residents will have to spend 23pc more on their needs on average in fiscal 2023. The Pakistan Bureau of Statistics data also reveals a troubling rising trend in commodity prices from November to December, suggesting that prices have not yet stabilized and may, therefore, continue to climb. According to the report, food is now the main cause of inflation, with prices rising by an alarming 35.5pc annually. The average price increase for perishable goods from the same month last year is a startling 56%.

The common person’s only option is to reduce their consumption and their aspirations as out-of-control inflation destroys their household budget. Those who are privileged are talking more and more about leaving the country as a sense of doom and gloom progressively sets in.

The least that the government might do in these trying times is to use its administrative powers to make sure that unscrupulous players are not profiting at the cost of the inflation-hit people by exploiting the current market turmoil.

The government would do well to demonstrate to the nation that it’s indeed sincere in improving people’s lot, and is doing all it can to keep the county together, despite numerous challenges. However, it seems the finance minister is too caught up in his own worries and has little time for those who are grappling with soaring inflationary pressures.