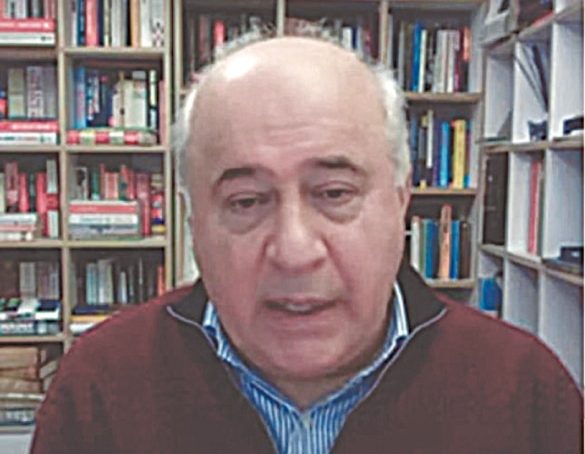 THERE’s little doubt that the revelations made by the UK-based firm, Broadsheet LLC, reveal the colossal scale of our ruling elite’s corruption and money laundering. In an interview given to a YouTube channel, the company’s owner, Kaveh Moussavi, also discloses the sham that has been the exercise of accountability in Pakistan.

In his interview, Mr Moussavi made a few startling assertions. For example, he claimed that an individual alleging to be former premier Nawaz Sharif’s nephew offered his firm a $25m bribe to drop the investigation into the Sharif family’s assets. Mr Moussavi also claimed to have proof of graft against several other Pakistanis. Mr Khan has done right by constituting an inter-ministerial committee to look into the matter and make the names of the individuals public.

Regardless of the merits of Mr Moussavi’s claims, and some of them appear barely credible, he surely seems to be a publicity seeker. Otherwise, there’s no point in stirring the pot after so long. It’s now an open secret that Broadsheet was hired in 2000 by Gen Musharraf’s government to work with the newly established NAB to hunt down Pakistanis’ ill-gotten wealth hoarded abroad; the contract was terminated in 2003. It appears he is also looking for a similar arrangement with the PTI government.

Undoubtedly, probing white-collar fraud and money laundering is a praiseworthy undertaking. Done with integrity, it reinforces institutions, improves governance and strengthens the citizens’ faith in the justice system. But when accountability is done selectively, giving some the benefit of the doubt while going all-out against others on flimsy evidence, it undermines the system still further. Sadly, this kind of ‘accountability’ has been evident in Pakistan for a number of years.

What’s even unfortunate is that, under NAB, accountability has become hostage to political expediency and temporary gains. Among Mr Moussavi’s claims, the least astonishing are the ones about how NAB let go of probes into notorious corruption suspects after deals were struck with them. For, notwithstanding all the noise in the run-up to the 2018 election about bringing the crooked to book, accountability under the PTI seems exactly like it did before — a political witch-hunt. Some sincere revelations have strangely enough not even deserved an inquiry by NAB.

Even the the Supreme Court has slammed NAB for its unashamedly biased approach, noting that it “seems reluctant in proceeding against people on one side of the political divide even in respect of financial scams of massive proportion while those on the other side are being arrested and incarcerated for months and years without providing any sufficient cause”. Despite this, NAB continues as usual, eroding people’s constitutional rights without any ostensible fear of being answerable to anyone.

An Initiative towards stability & peace in Maritime Sector