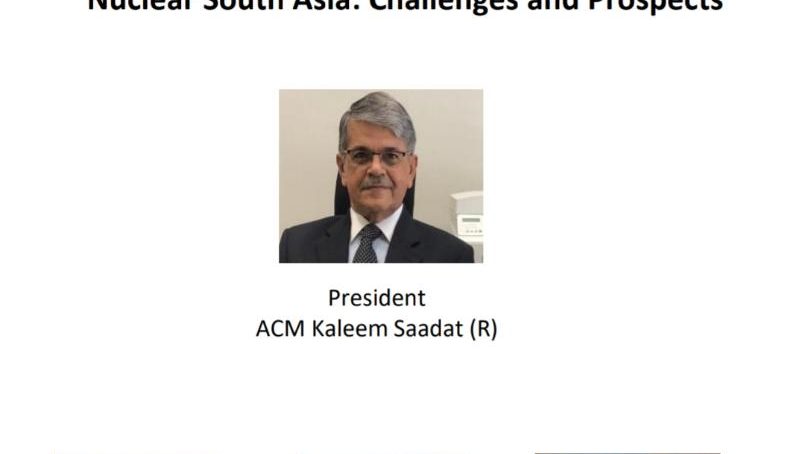 To commemorate the anniversary of 1998 nuclear tests by Pakistan, Centre for Aerospace and Security Studies (CASS) hosted a webinar on the topic of “Nuclear South Asia: Challenges and Opportunities,”.

Ambassador Akram, in his remarks highlighted the role of nuclear weapons in bringing stability to the region and discussed some of the lessons that could be learnt from the Cold War between the two former Super Powers. He also deliberated on the prospects of arms control and confidence building measures (CBMs) between the global powers, and its impact on other nuclear states.

Dr Adil Sultan, in his remarks highlighted major nuclear drivers of both India and Pakistan that led to the nuclearization of the region and which continue to impact nuclear postures of both the regional rivals. Highlighting the role of nuclear weapons in Pakistan’s security calculus, Dr Sultan stated that India’s continued force modernization could lead to instability in the region.

Ms Sitara Noor highlighted the role of nuclear technology in socio-economic development of the country, and discussed the safety and security measures taken by Pakistan to safeguard its nuclear facilities and material. She also elaborated in her talk the issue of Nuclear Suppliers Group (NSG) membership.
President CASS in his concluding remarks stated that without acquiring the nuclear capability, Pakistan would have been in a very difficult position, especially in view of the discriminatory trends and the unwillingness of the global powers to adhere to a rule based international order. He also said that in the new great game between the US and China, there are opportunities and challenges; therefore, Pakistan must evaluate its interests and make decisions that could safeguard its long term interests.