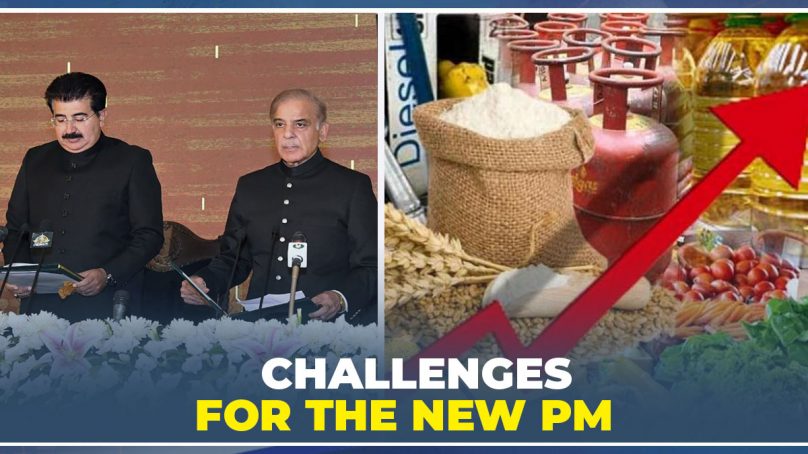 Prime Minister Shehbaz Sharif’s incoming coalition has a slew of challenges ahead of it. From the word go, the new government is set to face gargantuan problems. A deteriorating economic crisis, increased political uncertainty, worsening relations with Western powers, and the revival of militancy in some sections of the country are only a few of them.

Furthermore, we have no clue whether the ruling coalition, which is made up of several parties and groups with often differing political and economic goals, will remain united until the elections are held. They may have succeeded in removing Imran Khan from power, but do they have any solid, long-term plan?

With the PTI leaving the National Assembly and promising to exert substantial public pressure on its successors to hold early elections in the country, the incoming administration will not have an easy time.

Correcting the devastated economy is perhaps the most difficult task facing Mr Sharif’s cabinet, and it should be at the top of his priority list. Ordinary people are coping with increased double-digit inflation, as well as wage and job losses, as macroeconomic indicators fall. The PTI inherited a terrible economy that it has left in even worse shape. After a brief respite due to Covid, the balance of payments crisis has returned, with much-needed multilateral aid on hold due to the country’s precarious political situation. Increased international commodity costs, chiefly for food and crude oil, are putting extra strain on the external sector, which is already under stress.

Boosting the economy entails difficult decisions, such as lifting the price cap on electricity and petroleum and renegotiating a new loan with the IMF, both of which will be difficult, if not impossible, to achieve without first mending diplomatic relations with the US and other Western powers.

New elections are coming up soon, and Imran Khan’s PTI will be examining and carping every decision made by the new administration. Shehbaz Sharif’s populist announcements in the House shortly after his election as prime minister, such as a 10% pay and pension increase for government employees and the provision of subsidized wheat flour, validate the immense strain he must be under.

With massive political and economic realities on one hand and high public expectations on the other, the coalition government and its leader don’t have many options as they prepare to cope with several crises, at least for the time being. Reforming electoral laws and holding new elections as soon as possible would be the only way out.