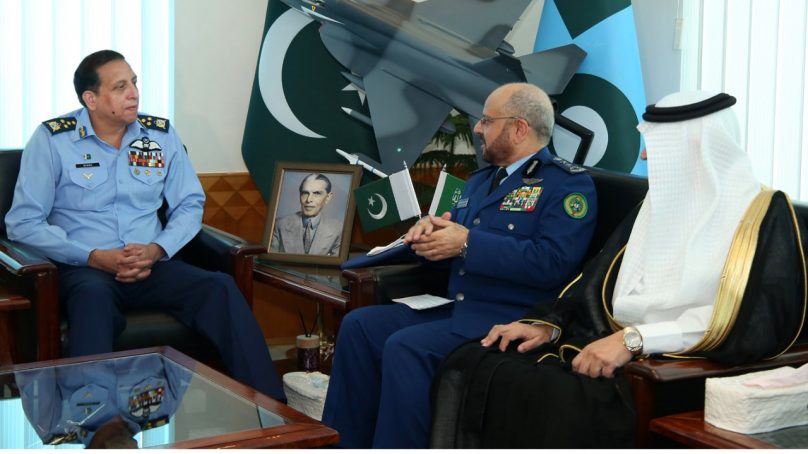 During the meeting, both the dignitaries discussed matters of professional and mutual interest.

General Fayiadh Bin Hamed Al-Rowaily commended the professionalism of PAF and acknowledged its rising indigenous capacity in aviation industry. The Air Chief said that Pakistan and Saudi Arabia had longstanding religious, cultural and historical bonds which were manifested through strong ties between both the Air Forces. Air Chief highlighted that both the countries enjoy cordial relations and reiterated his resolve to further enhance the existing bilateral cooperation between the two brotherly countries.

PAF officer promoted to the rank of Air Vice Marshal