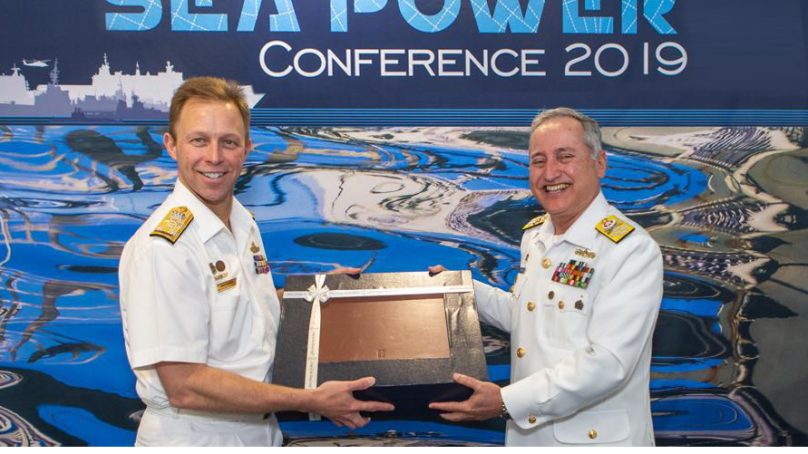 Islamabad: Chief of the Naval Staff, Admiral Zafar Mahmood Abbasi was on an official visit to Australia from 08 to 10 October 2019. During his visit, the Naval Chief attended Indo-Pacific ‘Sea Power Conference’ held in Sydney and had interactions with his naval counterparts from various countries.

Besides inaugural session, the Naval Chief attended various other sessions of the Sea Power Conference. During the ongoing conference, Admiral Zafar Mahmood Abbasi had bilateral calls with naval chiefs of Australia, Brunei & Philippines and also interacted with various heads of foreign navies. During the meetings with the foreign dignitaries, matters of mutual interest and bilateral naval collaboration were discussed. The Naval Chief highlighted Pakistan’s commitment in the fight against terrorism including Pakistan Navy’s participation in multinational Combined Maritime Force (CMF) and Pakistan Navy’s own initiative of Regional Maritime Security Patrols (RMSP) in support of maritime security in the region.

It is expected that current visit of Chief of the Naval Staff would greatly augment the bilateral cooperation between both the countries in general and the two navies in particular.