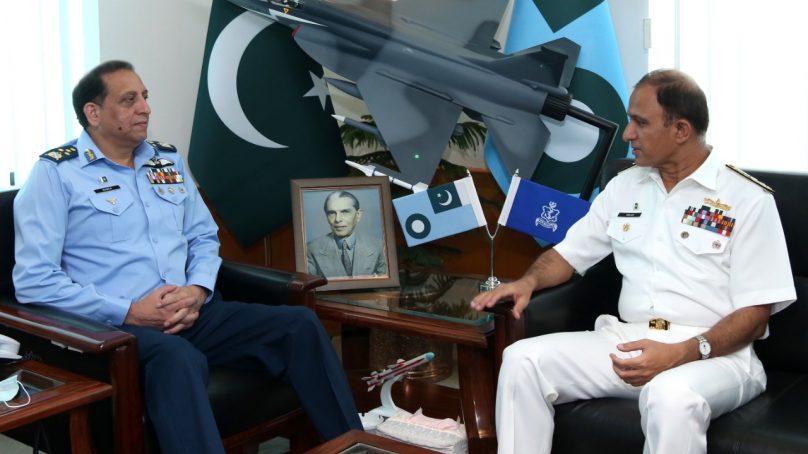 Both the Services Chiefs reiterated to further augment the existing synergy between the two services and take it to new heights.

The Air Chief lauded various indigenous projects being undertaken by Pakistan Navy in the recent years, which have transformed it into a potent force.
The Chief of the Naval Staff acknowledged PAF’s support to Pakistan Navy in strengthening the maritime defence of the country. Various matters pertaining to regional security and mutual interest were also discussed during the meeting.