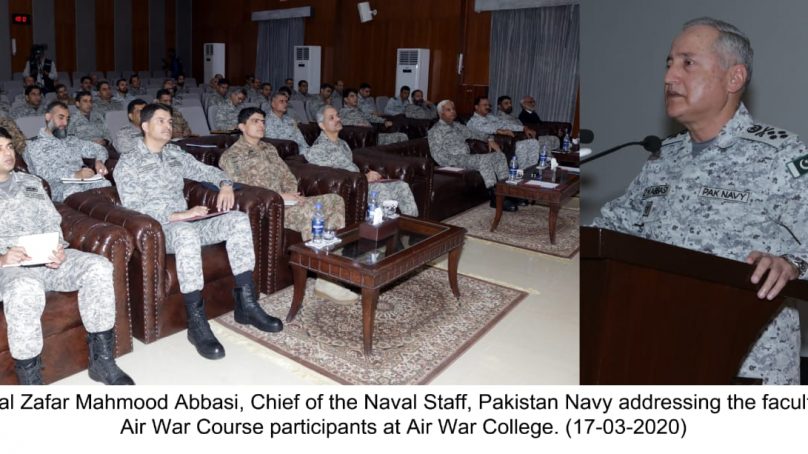 On his arrival he was received by Air Vice Marshal Zulfiqar Ahmed, Commandant Air War College. Addressing the Air War Course participants, Admiral Zafar Abbasi paid rich tributes to the role and sacrifices of the Pakistan Air Force in defence of the country. He further said that we must keep abreast of the emerging trends and make endeavors to deal with complex and dynamic security environment facing the world today. He added that jointness remained central to the modern concept of military operations as no force could achieve success in today’s warfare single handedly. He further said that Pakistan Navy is always ready to tackle the maritime security challenges facing the country.

Ufone conducts awareness session on Coronavirus for its employees