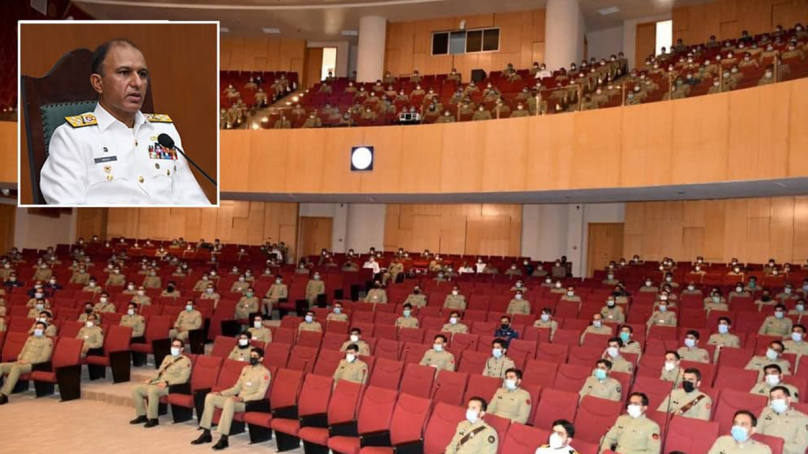 While addressing the Staff Course participants, Admiral Muhammad Amjad Khan Niazi paid rich tributes to the sacrifices of the Pakistan Armed Force in defence of the country. Chief of the Naval Staff emphasized to keep abreast with the emerging trends and further make endeavors to deal with current complex and dynamic security environment. The Admiral added that jointness remained central to the modern concept of military operations as no force could achieve success in today’s warfare single handedly. The Naval Chief further highlighted that Pakistan Navy is always ready to tackle the maritime security challenges facing the country by active support of Sister Services.

Later on, Chief of the Naval Staff interacted with faculty and students including foreign officers undergoing course at the premier institution.