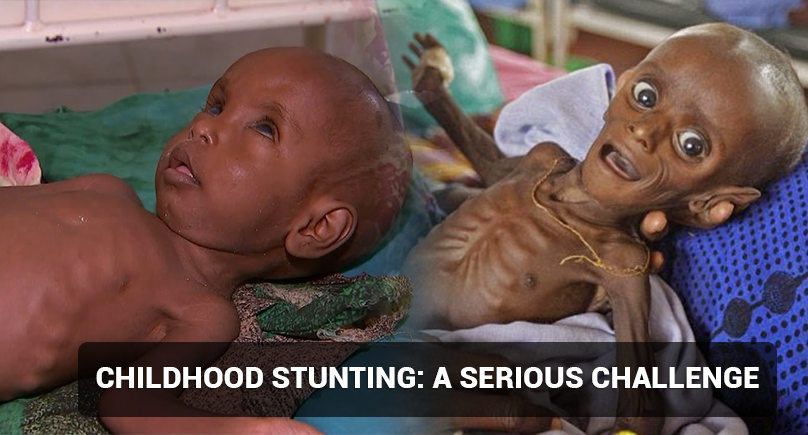 UNFORTUNATELY, some of the biggest problems of the country go largely unnoticed, caught in the whirlwind of power politics. Besides illiteracy, unemployment, and high inflation, two core issues that are often overlooked are hunger and food security.

Per the National Nutrition Survey 2018, 40% children under the age of five years are stunted in Pakistan. These children may not reach their full cognitive and developmental potential on account of insufficient and scarce nutrition. What is also unfortunate is that for a majority of these children, stunting commences even before they are born. Approximately 14% of women of reproductive age are malnourished while half the population of young girls in the country is anemic.

Given the number of early marriages in the country and a range of social values that discourage women from taking independent decisions about their own sexual and physical health, these underfed girls and women go on to bear children whose physical, biological and mental growth is lacking from the moment they are conceived. And it doesn’t stop there. Almost 13% of our children have some form of practical disability, and two out of every 10 children under 5 years also suffer from wasting — a condition in which part of the body is contracted because of lack of food.

Our future seems to be in double peril: on the one hand, high politics appears to have dominated all facets of public welfare, while on the other, hunger is ruining our children’s bodies. The cost of malnutrition, which varies across the country, is too high: 48% of children are stunted in KP, 45% in Sindh, 46% each in GB and Balochistan, 36% in Punjab, 39% in Azad Kashmir and 32% in Islamabad. However, no action has been taken to address this serious issue, despite Prime Minister Imran Khan highlighting the issue in his maiden speech after coming to office in August 2018.

It’s time the media, the state, and civil society focused their attention on addressing this grave issue which has the potential to turn into a full-blown crisis for the country.

PAF is ready to respond to any kind of adventure by the enemy: Air Chief