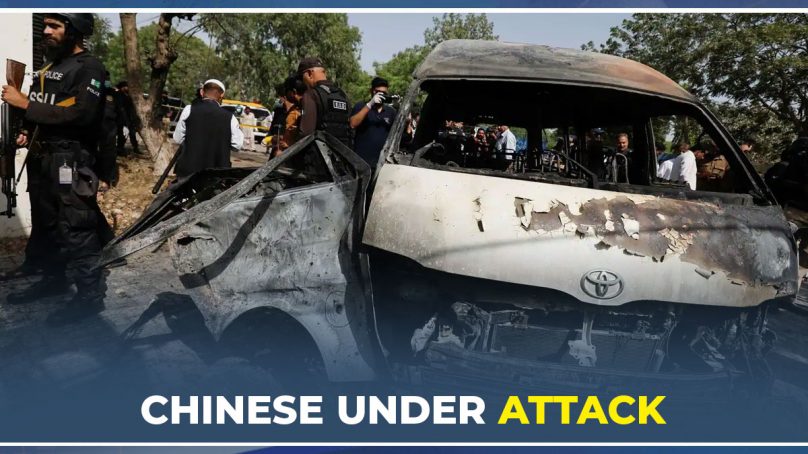 THE country is in the grip of a new wave of terrorism. If one thought that the attacks were only confined to our border regions by religiously-inspired terrorist organizations in Afghanistan, one was wrong; Baloch militancy, too, is on the rise. And Tuesday’s spine-chilling suicide attack that targeted Chinese academics in Karachi University is the latest manifestation of this grim reality.

But this was not the first time Chinese nationals came under attack at the hands of Baloch militants in the city. In 2018, Karachi police thwarted an assault by insurgents of the proscribed Balochistan Liberation Army on the Chinese consulate. In 2020, a similar attack, also claimed by the BLA, was thwarted at the Pakistan Stock Exchange, where the Chinese have massive investments.

The assailants appeared ready to use such sophisticated methods in both attacks, indicating that the militants’ approach was evolving—and improving. With the recent BLA assault, however, terrorism has taken a new dimension as it involved a female suicide bomber who pulled it off, killing three Chinese nationals and injuring a few others.

As terrorism rears its ugly head again, it’s all the more important for the law enforcement officials to take stock of their own capabilities, even if they managed to stymie two earlier major attacks.

The Chinese have also faced attacks in other parts of the country, where many citizens, as well as terrorists, are suspicious of the development initiatives they have launched. As a result, they have been given the same level of security as those at the institution yesterday. The Chinese faculty were being escorted by Rangers’ personnel. Due to student violence, the university has been under the watchful eye of the paramilitary force for decades. However, the security system has been lax over time; otherwise, it would not have been possible for the suicide bomber to enter the university with a heavy bag of explosives.

The Baloch insurgency had been dismissed as a low-intensity conflict for years. This, however, is no longer the case. The attacks are becoming more daring, as seen by the death of ten soldiers earlier this year in an attack on an FC station in Kech. As a previous strike in Lahore revealed, the extremists’ reach is expanding.

Meanwhile, many Baloch militant groups are closing ranks in an attempt to restructure the insurgency, hike their numbers, and improve their methods.

True, a need exists to address such key issues as Balochistan’s underdevelopment and its sense of deprivation, the Baloch missing persons, and the army’s footprint in large swathes of the province. But these should not be reasons to condone militancy there. While the nexus between poverty and violence is widening, the mainstream Baloch nationalist parties should still come forward to vociferously condemn such attacks.