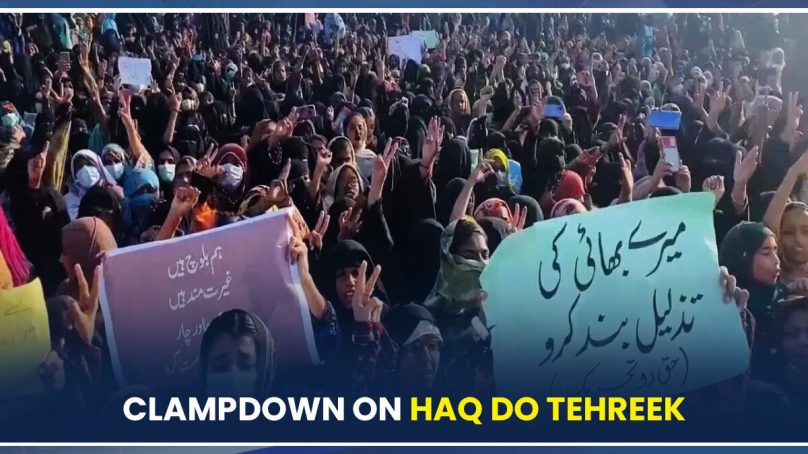 It is regrettable that the state is resorting to strongarm tactics against the Haq Do Tehreek’s leadership rather than engaging with it politically.

With Maulana Hidayatur Rehman as its public face, the movement has been drawing attention to what it claims is an injustice with Makran for more than a year. When he led a sizable demonstration in Gwadar in 2021 against a number of issues, including the presence of illegal trawlers off the Balochistan coast, difficulties in border trade with Iran, and a lack of public amenities in what is supposed to be a key node in the CPEC network, the maulana and his movement were thrust onto the national stage.

Followers of the HDT were back on the streets of Gwadar last year, owing to what they claimed were unfulfilled promises made by the state. Late in December, after negotiations with the government fell through, there was a violent confrontation between the government and the protesters. Since the dispute resulted in the death of a police officer, the state decided to prosecute the HDT leadership. Mr. Rehman was taken into custody from a Gwadar court on Friday in connection with the killing and other issues.

Lawyers in attendance at the court premises claim that the arrest was unlawful because the maulana had come to request bail and that Mr. Rehman’s right to request bail was being denied by his imprisonment. The maulana further claims that the HDT’s fight for their rights is connected to the crackdown on his movement. The murders of the law enforcement official must be brought to justice, but the state shouldn’t launch a political vendetta against the HDT.

No politically-motivated cases should be brought against the maulana and his supporters, and they must be permitted to defend themselves in court. The state is particularly skilled at keeping people it disagrees with behind bars by putting them through the legal rigmarole, as we have seen in the example of MNA Ali Wazir. It’s time to put an end to the undemocratic mentality.