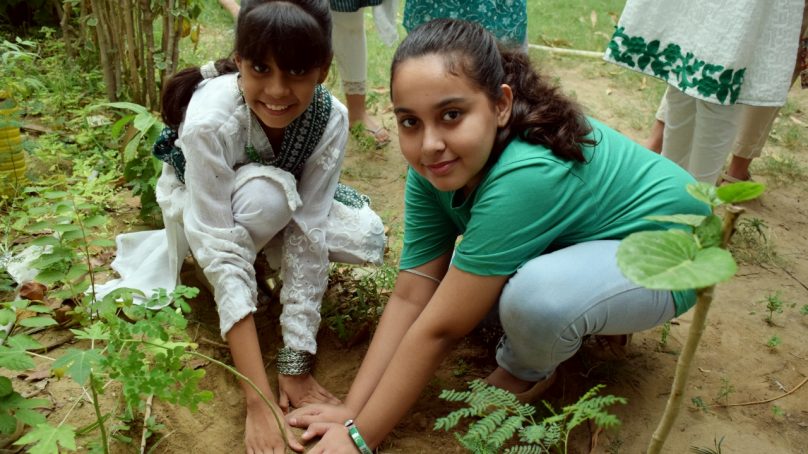 As the month of August begins, green spring takes place everywhere in Pakistan. Green and white crescent flags can be seen waving in the streets and squares. Children and adults, everyone is wearing a green T-shirt with the Pakistani flag emblazoned on it. It is also true that living nations celebrate their independence with the same enthusiasm and love. It is a special grace of the Almighty that He has blessed us with freedom and we are able to breathe in the open air today. This country has given us our identity for which the people of many countries in the world are longing and suffering oppression. This country is our identity, our identity and as every individual we have a duty to understand our responsibility for the survival of our identity and to play our part in fulfilling it. The atmosphere of our country is free, but is it also free from pollution?

According to the Global Climate Index 2020, Pakistan is unfortunately ranked fifth among the countries most affected by climate change during the 20 years from 1999 to 2018. Meanwhile, between 2000 and 2019, Pakistan has lost $3,771 million due to various natural disasters and environmental catastrophes.

It is a matter of concern that most parts of the country are currently facing severe drought and, according to IMF reports, Pakistan now ranks third in the global list of countries facing severe water shortages. While the unavailability of water in Pakistan may be severe by 2025, the challenges facing Pakistan’s environment include melting glaciers, reckless use of coal, increasing smog and drought. These challenges have now become a matter of our security and survival.

Environmentalists believe that in order to meet these challenges, Pakistan needs to take the right steps beyond political likes and dislikes and its own interests. Realizing these threats, the federal government launched projects such as Ten Billion Tree, Clean Green Pakistan, Electric Vehicle Policy, National Parks and Green Jobs.

The federation has claimed to have planted one billion trees under the ‘Billion Tree Tsunami’ project. While the government has announced to plant another 10 billion trees across the country in the next five years, the Prime Minister, while addressing the Billion Tree Tsunami Project in Haripur, said that the venture was started in Khyber Pakhtunkhwa.

So, is it only the duty of the prime minister and his cabinet or the provincial governments to take action against global warming? We have to play our part in their actions. Now is the time for us to fulfill our role as a true Pakistani against environmental pollution. We should also make the people around us be aware of this increasing environmental pollution.

It is now well known that in Pakistan, instead of 25pc, there are only 2.5pc forests left. Another big enemy of the environment is the influential timber mafia which makes a profit of billions of rupees by cutting down valuable trees indiscriminately every year, but the natural beauty of the mountainous areas has been sacrificed to their lust and greed.

Significant measures are also needed to stop the felling of the trees while people also need to be made aware of how dangerous it is to cut down and burn hundreds of trees so ruthlessly that it is dangerous to the environment. Environmentalists around the world believe that more and more trees should be planted to prevent environmental pollution, as trees not only help control rising temperatures but also meet water shortages.

If each one of us plants at least one tree, it will be an investment in the future of our environment. We must all work together to fulfill the dream of a Clean Green Pakistan for our future generations. Green is a metaphor for greenery and prosperity. Become part of the action.