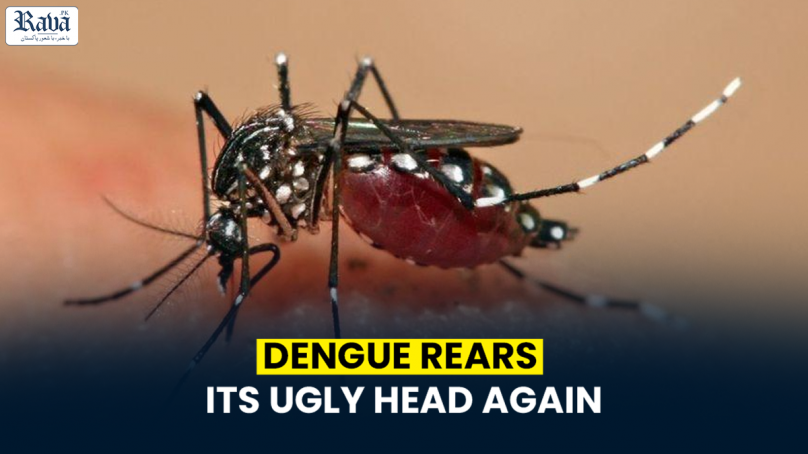 WHILE the country is still reeling from the devastating effects of Covid-19, the citizens are in for another looming threat: dengue.

Of late, the Met department has warned of a hike in dengue cases in the country, suggesting that the post-monsoon weather conditions are favorable to the proliferation of the vector-borne disease. As of Nov 9, Punjab reported 462 new positive cases of dengue, including 331 from Lahore, during the last 24 hours; two patients have also succumbed to the virus. The total number of positive cases stood 16,346 in Punjab and 12,036 in Lahore since January this year.

Hospitals in several cities are already overstretched as doctors are busy treating coronavirus patients. With dengue predicted to hit with full might in the next few days, the health and municipal authorities must take all the necessary preventative steps to assuage the spread of the viral infection. Already, the number of cases is on the increase in many parts of the country: in Rawalpindi alone, more than 500 patients were treated at government hospitals in just two weeks.

There are various steps that the health authorities and public can take to minimize spread. Chief among them is the prevention of mosquito breeding, which would involve the instant draining of stationary water and ensuring regular fumigation. It’s also important that people use insect repellants, wear long-sleeved clothes and sleep under mosquito nets to protect against mosquito bites. These recommendations must be propagated by a continued public-awareness drive; however, it’s the government that must be at the vanguard of the campaign. There is surely a local example that has been globally applauded. Lahore, which was in the grip of a dengue epidemic in 2011, was effectively curbed, thanks to the then chief minister Shehbaz Sharif’s dogged commitment to eradicating breeding grounds by enforcing advice from countries like Sri Lanka which has long been engaged in fighting the virus.

Government departments worked tirelessly and pioneering solutions were introduced. The result: the number of cases dropped from 21,000 in 2011 to 258 in 2012, per a World Bank document. This validates that the threats can be curtailed if the health authorities deal with the issue as the highest priority.