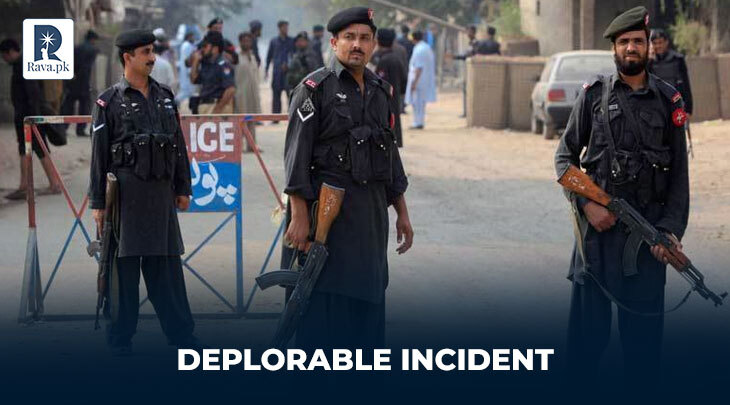 Given the unrelenting wave of crime that has gripped Karachi, police are clearly under pressure from the public to take stern action against the criminal elements that rob and kill unarmed citizens. To ensure that no innocent lives are lost while trying to fight crime, overenthusiastic and rash policeman require improved training, as the senseless killing of a young boy in the city on Tuesday has shown.

According to reports, Amir Hussain was shot at by cops after failing to pull over when they signaled for him to do so during snap-checking. As he attempted to enter an apartment building in Gulistan-i-Jauhar, the policeman pursued him and shot him twice.

Senior police officers have acknowledged that an innocent man was killed as a result of a serious error. This horrible tragedy brings up memories of the Amal Umer case, in which a 10-year-old girl was killed under similar circumstances in 2018 when her car was caught in the crossfire between law enforcement and criminals. In that incident as well, the young girl was killed by a police officer’s bullet.

Unfortunately, hardened criminals with weapons prowl the city without fear, and it is extremely difficult for the police to stop them. However, measures must be taken to ensure that no innocent person is killed and that no collateral damage occurs in shootouts between police and criminals in crowded urban areas like Karachi.

The latest killing should inspire the Sindh police to implement the prohibition on shooting at unarmed people within their ranks. Additionally, if the police believe an unarmed running suspect poses a real threat, they may employ less drastic measures to subdue them, such tasers.

The truth is that Karachi needs a well-trained, well-equipped police force that can effectively combat crime without endangering the lives of innocent citizens. They must ensure that lethal force is only used only under compelling circumstances, such as in self-defense or when the threat to the public safety is evident.