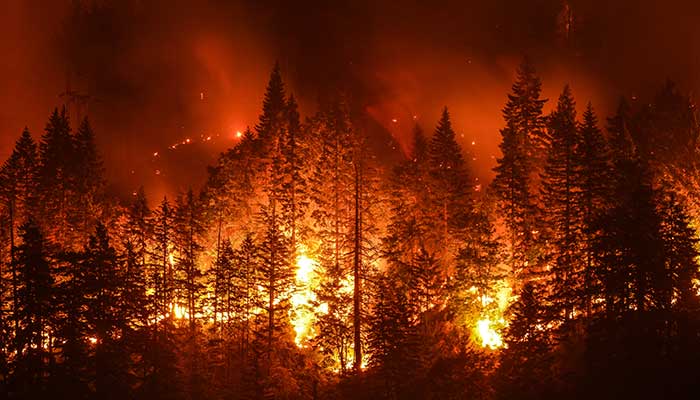 Disasters of biodiversity from natural calamities linked to climate change

Climate change is constantly raising cause for concern around the world. Declaring climate change an emergency, serious action is needed to alleviate the serious problems facing the planet.

According to a recent global survey, climate change needs to be seen as a practical measure. The University of Oxford in the United Kingdom and the United Nations Development Program (UNDP) are among the 1.2 million people in 50 countries. The new poll, based on a survey of people who have voted on climate change, found that 64% of the world’s population believes that climate change and its repercussions are an emergency that requires immediate attention. UNDP Administrator H. H. Steiner says the survey makes it clear that people of all ages, nationalities, educational backgrounds and genders around the world want to see action on climate issues.

US President Joseph R. Biden has signed an executive order to return to the Paris Climate Agreement, announcing that he will host an environmental summit on April 21. The former president withdrew from the Paris Climate Agreement and received the most funds. The supply was declared a waste. Former President Trump expressed concern over reports of carbon emissions from US industries due to environmental pollution, but President Joe Biden has signaled his willingness to re-engage in the global climate agreement, vowing that the Paris Agreement will be pushed forward.

A change in environment is hastening climate change around the world, especially in Australia, where environmental organizations are expressing serious concerns about the implications of fires, according to a report by the World Climate Council. By 2038, damage due to climate change, forest fires, floods and sea water will reach an estimated $76b. The alarming situation is that glaciers are shrinking rapidly, with the world’s largest glacier collapse being termed an irreparable loss. An iceberg in Antarctica, which used to be a huge avalanche, is now nearing its end.

A large piece of the landslide has been extended to ​​about 5,800 square kilometers, but now a large part has been broken and divided. According to the report, two large pieces of avalanche are moving close to each other, which is about 135 kilometers southeast of the British border in South Georgia. It is feared that they will soon be further away. For more than a year, the iceberg was the largest avalanche in the world. At its height, the area of ​​the landslide was about a quarter of the area of ​​Wales in the United Kingdom, the US state of New Jersey or Israel.

Climate change is causing rivers, lakes to break down, and animal boundaries to change, as well as trees to be insufficient. According to a German think tank, such natural disasters have not only killed nearly half a million people in the last 20 years, but have also cost the global economy $2.56 trillion so far this century, which amounts to $2,560b. According to the analysis, there have been more than 11,000 natural disasters and catastrophic events in the world since 2000, caused by extreme weather conditions.

Climate change has led scientists in the past to predict the effects of glacier breakage, rapid climate change and extreme heat waves. Greenhouse gases are causing a dangerous rise in temperature due to human activities, according to the Intergovernmental Panel on Climate Change (IPCC), which includes more than 1,300 scientists from countries other than the United States. The panel expressed concern that temperatures could rise by 2.5 to 10 degrees Fahrenheit over the next century. According to the IPCC, the effects of climate change on individual areas may vary over time, with the ability to mitigate or adapt to changes in different social and ecosystems. According to the IPCC, an increase in global temperature of 1.8 to 5.4 degrees Fahrenheit (1 to 3 degrees Celsius) can be beneficial for some areas but also cause harm to most areas. But instead of reducing the cost of damage, it can lead to an increase over time, the harmful effects of which are a matter of concern for the whole world.

Preventing the harmful effects of climate change has become a challenge for every government, including the natural environment, agriculture, energy production and use, land and water resources, transportation, human health and well-being, and human society. Considering the global impact on ecosystems and biodiversity, it is important to note that the melting of glaciers is one of the main causes of climate change, with sea levels rising steadily in the 21st century. Its losses range from one foot to 8 feet above sea level. Its losses include an increase in hurricanes over decades, flooding and erosion of land boundaries. Many of the possibilities and fears of rising Indian Ocean temperatures have already been expressed that the current century will see an increase at much higher rates. According to the document, natural disasters related to climate change, such as hurricanes, extreme heat waves and floods, are affecting the most developing countries. Such disasters have killed nearly 480,000 people over the past two decades.

Pakistan is the fifth most affected country in the world by climate change. Experts warn that if immediate steps are not taken, irreparable damage will be done to Pakistan and its people. ۔ According to the Global Climate Risk Index 2020, Pakistan is the fifth most affected country by climate change in the 20 years from 1999 to 2018. Climate change in Pakistan is intensifying in all seasons and all biodiversity is under serious threat. The provincial and federal governments seem to be claiming to plant millions of trees, but even more serious measures are being taken. The need to do as is inevitable. A developing country like Pakistan, which is heavily dependent on agriculture, cannot afford the adverse effects of climate change. Factories, including industries, which are causing severe damage to the environment, need to be tackled in the same way. We have to do something about it ourselves. The primary responsibility for preventing environmental catastrophe rests with human beings in any case, because mankind has endangered all biodiversity for its own needs and comforts.