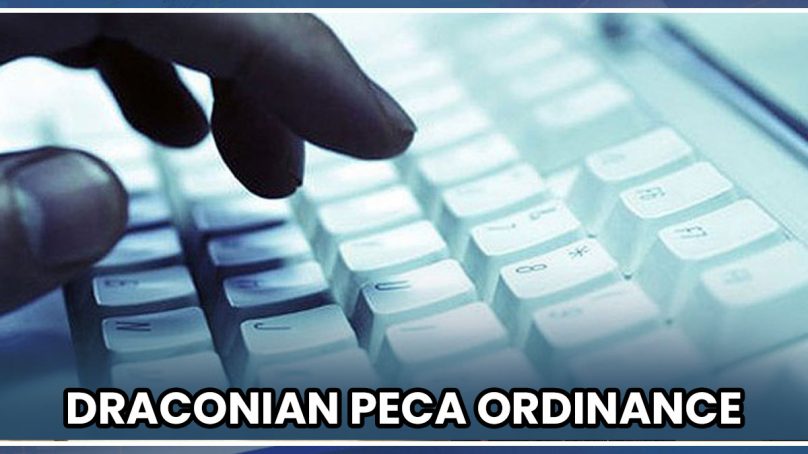 The legal merits of the PTI government’s appalling change to the Prevention of Electronic Crimes Act, 2016, which was passed by ordinance last week, appear to have already been decided by the courts.

The Act was first enacted in 2016 by the PML-N government of Prime Minister Nawaz Sharif. Despite opposition and civil society protests, the party exploited its numerical majority in the National Assembly to push through the controversial bill.

The Islamabad High Court on Wednesday halted the FIA from conducting arrests under Peca’s Section 20, which gives the law-enforcement agency a broader reach following the change.

The legislation makes online defamation a non-bailable, cognizable offence and doubles the maximum jail term to five years, among other measures that have made a draconian law even more so. Furthermore, the complainant does not have to be the offended person or institution; any member of the public can file a complaint, leaving the new rule vulnerable to abuse. The government’s assertion that the amendment is essential to combat “fake news” is deception at its most flagrant level.

A paranoid regime is doing everything it can to silence any critical voices speaking out against it. However, as with all legislation that violates constitutionally protected rights, the path it has taken is bound to backfire.

Some of the government’s more rational voices are encouraging it to move in a different course. Syed Amin-ul- Haque, the Federal Minister for Information Technology and Telecommunications, is one of them, indicating that the ill-advised move was orchestrated by a small group of people.

Even Attorney General for Pakistan Khalid Javed Khan, while speaking to a news channel, said that the law “will be draconian if it comes into force as it is”, adding that it will be regulated before enactment.

That does not, and should not, inspire confidence. Apart from making a mockery of what Imran Khan and his party acolytes had to say about it when the PML-N administration originally enacted it, the mere existence of such a law is all but a joke.