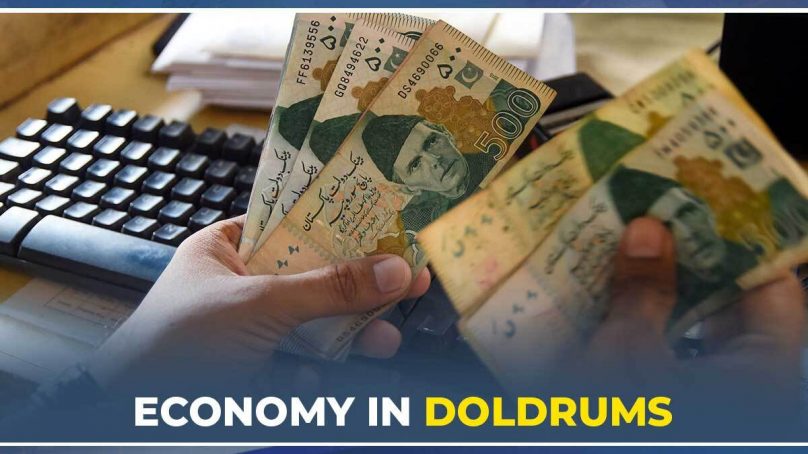 The economy is in dire straits by virtue of the government that has nothing left to offer but gimmicks. According to a news report, large-scale manufacturing (LSM), a leading indicator of economic activity, shrank by a startling 7.75pc in October, signaling a slowdown for the second consecutive month.

LSM has now shrunk by an overall 2.89pc from the start of fiscal 2023 (the period from July to October), demonstrating that the slowdown in economic activity appears to be getting worse over time.

The blame is placed on record energy and raw material prices. There are concerns that the slowdown could get worse in the upcoming months because the country was unable to secure enough gas supplies for the winter. The key export industries are also being severely hurt, particularly textiles, which saw a significant decline of 24.6pc in October over the same month last year.

These figures ought to keep the current administration up at night, but it appears that it is content to play the fiddle as the economy crashes. The government revealed that it was developing a strategy to save energy and reduce the cost of imports on the same day that the LSM data from the Pakistan Bureau of Statistics was made public.

This plan, which is devoid of specifics and heavy on buzzwords like “exceptional measures,” appears to consist only of a proposal to convert important government structures to solar power and a crackdown on electricity theft.

The information minister stated that these steps would save “billions of dollars” on the import bill, it later transpired that the impact would be significantly lower and that the figures were completely incorrect. Such preparations won’t be of much use to industrialists who are gravely concerned about impending shortages of production’s raw materials.

Manufacturers have warned that the State Bank’s restrictions on paying for anything imported from abroad, even commodities that have already arrived at our ports and are accruing demurrages, could soon result in shortages of necessary goods in local markets.

The official exchange rate is so far below market rates that more people might be choosing to send money home through the illicit hundi and hawala channels, experts say. Recent studies have also indicated a decline in remittances.

Because of the abysmal state of the global economy and the pressure it is placing on people’s pockets, higher interest rates in more developed nations may be drawing money there that might otherwise be sent for investment. Whatever the case, this may result in more problems for Pakistan.

Economic challenges continue to haunt the PDM-led government thanks to a slew of irritants such as nosediving exports, slowing manufacturing activity and sinking remittances.

The specter of mass layoffs appears inevitable in the face of these colossal problems facing the economy, which will then spark more public unrest and social upheaval. If the government wants to survive, and win the next elections, it would do well to pull up its socks and take steps to mend an ailing economy teetering on the brink of collapse.