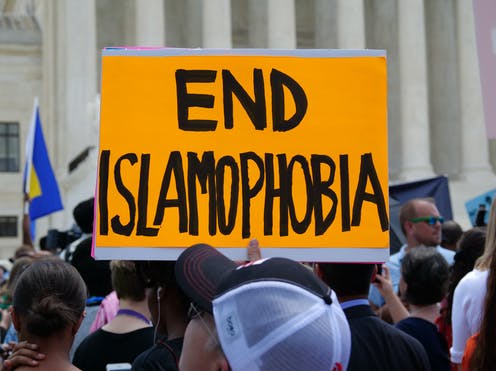 THE brutal killing of four members of a Pakistani-origin Muslim family in Ontario, Canada, at the hands of a 20-year-old man motivated by hatred against Islam is proof that Islamophobia is on the rise in the Western world.

Regrettably, despite the dwindling of distances and the confluence of cultures, odious ideologies persist. Discrimination and violence based on race, religion, and sect continue to baffle our ostensibly modern world, as ancient tribal biases refuse to subside. Islamophobia, in which Muslims are demonized and secluded either because of their beliefs or the vicious actions of a handful of unruly people exploiting religion, is one of the detestable ideologies that have badly affected the world.

Certainly, in the last few years, the wave of Islamophobia has seen a sharp rise; even in parts of Europe and the US, anti-Muslim and anti-foreigner sentiment is high. Therefore, there is a need for a comprehensive response to bigoted and fascist ideologies that threaten minorities. In many cases, immigrants and those declared the ‘other’ are easy victims for society’s failures, with all problems blamed on ‘outsiders’.

Nevertheless, despite the deep-rooted bias against Muslims and ‘outsiders’ in many societies, the fact that radical militants have greatly contributed to the discrimination against Islam must also be recognized. Transnational extremist outfits such as Al Qaeda, the self-proclaimed Islamic State group and others of their breed, claiming to be working for the welfare of Islam, have actually inflicted great damage on Islam and Muslims. Their large-scale massacre of both Muslims and non-Muslims is adversative to religious orders that place the greatest value on human life, and runs counter to traditional Muslim belief.

Furthermore, Islamist militancy is a contemporary concept, a reactionary phenomenon born out of the inequality and repressiveness found in several Muslim countries, and the colonial intrusions of non-Muslim powers in states such as Palestine and Kashmir. The international community must therefore deal with both issues: the deep anti-Muslim bias seen in many societies, and the oppressive systems in most Muslim states that help fan and fuel religiously inspired militancy.