Blaming Pakistan’s Armed forces is nothing new and neither be an unusual practice , it is  one of  the  integral part of Indian agenda against Pakistan’s integrity and security.Enemies of Pakistan always took great advantage to discredit  Pakistan’s noblest institutions.

One more time there is a  false news propagating  on social media undermining the unblemished reputation of the Pakistan Air Force and Air Force Chief.

Social media users are sharing following false news without any confirmation, thus playing in the hands of the country’s enemies and maligning the reputation of Pakistan’s Armed Forces.

“The present Air Chief,Mujahid Anwar Khan has bought a villa in Street 1,Sector F-7/3,Islamabad, which must have cost crores. As the house is being renovated,the Air Chief has pressurized CDA,to demolish 19 classrooms,garages and the boundary wall of Boys College F-7/3, so that a garden and parking area can be carved out from the land being used by the boys college.” 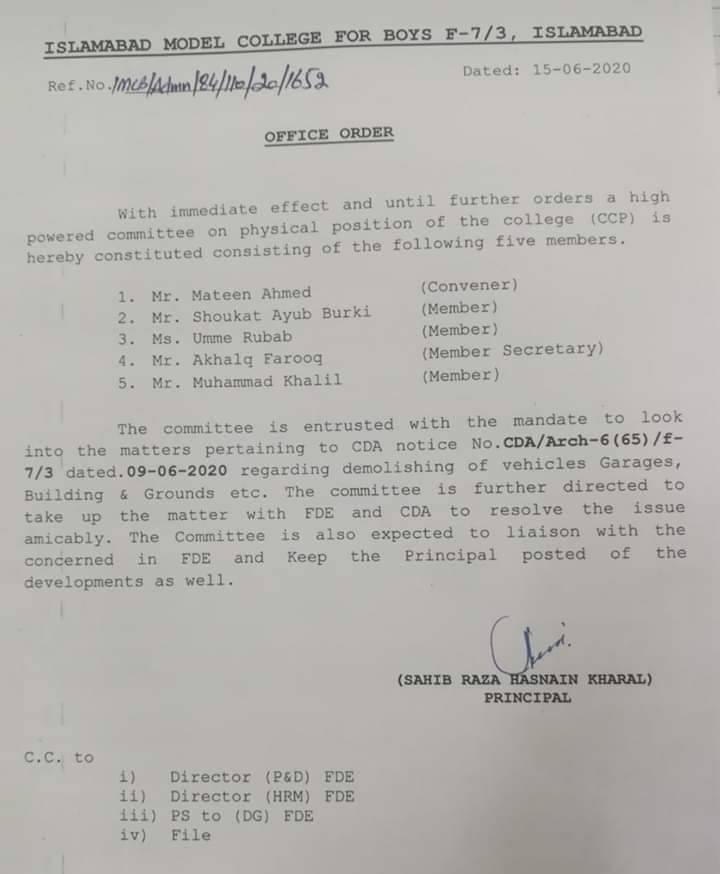 But if  this is true?  Here  are some key facts that  RAVA correspondent investigates about this  falsetto story

As per our investigations , The CDA has issued a notice to the school for violating illegal constructions. Neither the PAF nor the Air Chief has anything to do with it. 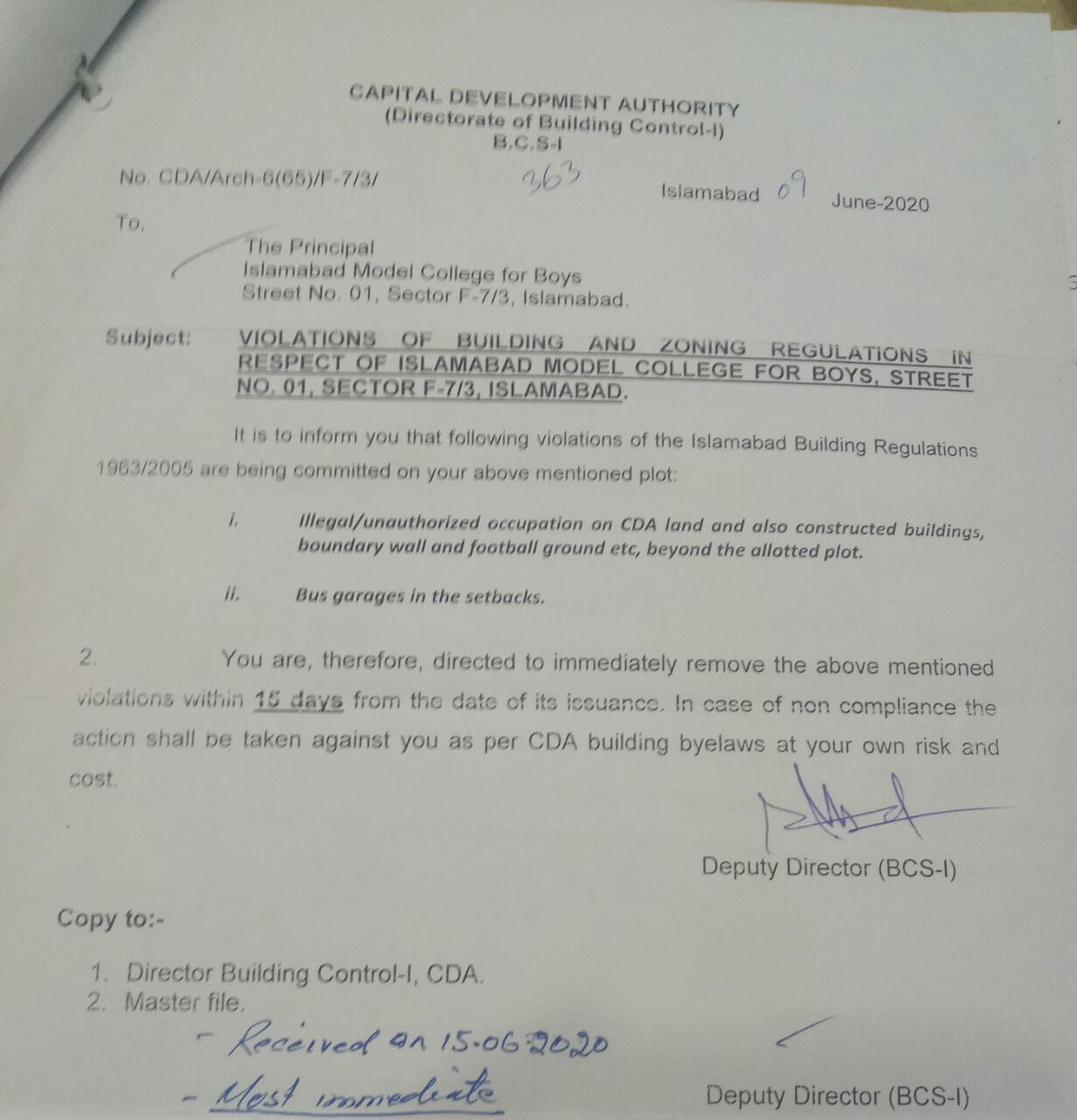 On the  other hand  principal of the college also categorically denied the news which is being propagated  by  anti state elements in conspiring  with Indian agendas . CDA has given notice of illegal construction many times before the purchase of private plot. The operation against encroachments has been launched in the light of CDA court orders.

Principal Professor Sahib Raza has also clarified that PAF or CAS has nothing to do with this matter. The DA and school authorities are resolving the matter on their own, subject to court orders.