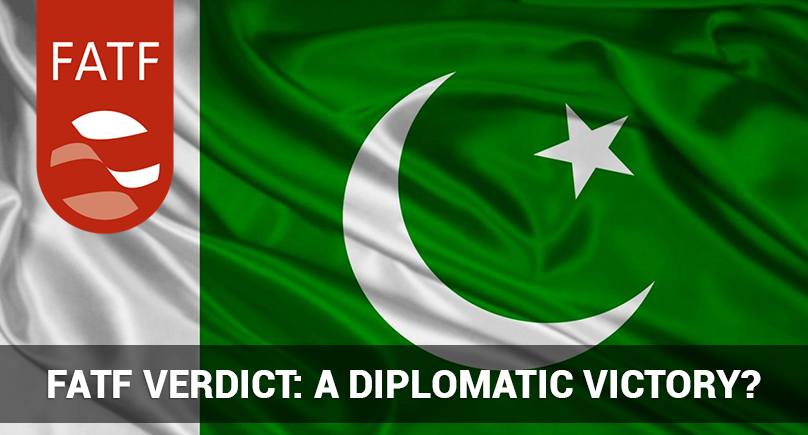 THE result of the Financial Action Task Force (FATF) is out, albeit without any surprises. On Friday, the Paris-based global money laundering and terrorist financing regulator announced that Pakistan would be retained on its list of jurisdictions under enhanced supervision, i.e., the grey list.

Certainly, this came across as a disappointment to those who desperately wished to see Pakistan blacklisted for not finishing in time the 27 actions recommended for reinforcing and eliminating the shortcomings in the AML/ATF regime. On the other hand, those who believed the FATF would show more compassion and recognize the progress made in the last several months were a tad too sanguine.

Although the FATF accepted that Pakistan has made noteworthy progress and addressed 21 of the 27, it decided not to change the country’s status. Instead, it gave Pakistan another four months to complete work on the residual items, while firmly urging Pakistan to “swiftly complete its full action plan by February 2021 as all action plan deadlines have expired”. This makes a lot of sense.

Ever since Pakistan was placed on the alleged grey list in June 2018 for the second time in 6 years, few had thought it would have been able to make so much headway. But the fact that the country has revealed its political obligation and is able to satisfy FATF in 21 areas in such a short time is a great achievement, and ought to be celebrated as a victory. Nevertheless, the real test starts now.

We have been given a very thin timeline to achieve the remaining targets — harder ones relating to law enforcement’s ability to detect and probe the broadest range of terrorist-financing activity. It wants “the investigation and prosecution [to] target designated persons and entities, and those acting on behalf or at the direction of the designated persons or entities”. Moreover, Pakistan has to establish that terrorist-financing prosecutions lead to effective and inhibitive sanctions. We also need to demonstrate the world that the provincial and federal authorities are in agreement with regard to enforcing measures.

Certainly, this is a huge undertaking for a country like Pakistan where large parts of the economy function in the shadows and where law enforcers have little or no training in recognizing, probing and prosecuting financial crimes. But we are left with no choice. It is, indeed, in our own interest to eliminate flaws in our AML/ATF regime and fortify our investigators and prosecutors not only because the FATF wants us to do so.

The fact that the government avoided availing the option given by the global watchdog to not report at its meeting due to the coronavirus shows that we are confident that we can meet the next deadline with little effort and political will.