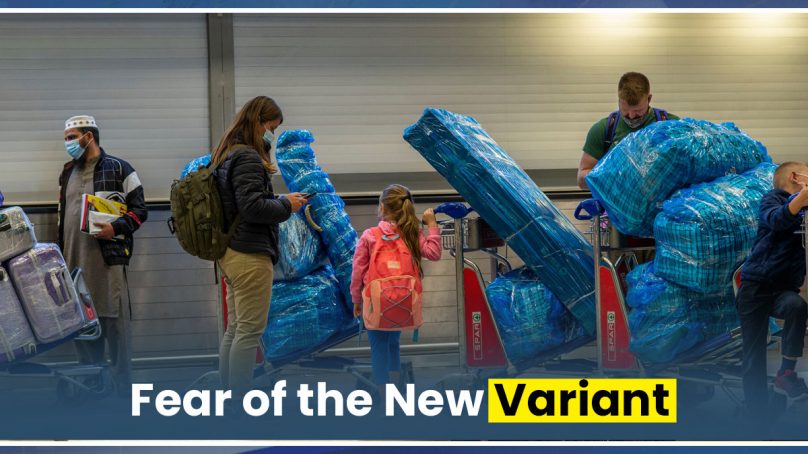 AS though the havoc unleashed by the worst health crisis in recorded history brought on by Covid-19 were not enough, a new, more catastrophic and fatal variant of the virus—Omicron—is looming, sounding alarm bells across the globe.

First identified in South Africa, the new mutation of the virus is reported to have an “unprecedented number of spike mutations”.

The World Health Organization (WHO) has said that Omicron poses very high health risk globally, and that further data in the next few weeks will divulge this virus’s ability to escape protection against it. EU countries and Britain have also confirmed cases of Omicron, sparking fears in other countries and forcing them to be alert. Japan has blocked the entry of all foreigners, with the British prime minister calling an urgent meeting of G7 health ministers.

Given that many countries have now learned about the damage a pandemic may inflict, it’s important to take swift and timely action to avoid the devastating consequences of the new strain. Pakistan acted decisively by banning travel from six African countries as well as Hong Kong shortly after news of Omicron’s potentially easier transmissibility hit the headlines. At a news conference on Monday, NCOC head Asad Umer said that Omicron has the potential to spread fast, but the threat can be reduced by measures such as booster vaccines and contact tracing.

Nevertheless, in addition to these major steps, the government’s messaging around Covid and the potential threat of the new strain must be galvanized. Mask-wearing must be encouraged, and testing should also be increased. The government must fight vaccine hesitancy and spread awareness that while fears exist about the new variant infecting inoculated people, it is still unclear as to what degree the virus can resist protection.

Reports from South Africa suggest that a majority of people who have been hospitalized are unvaccinated. It’s also a fact that fully vaccinated people are almost nine times less likely to die if they do contract the virus. Unlike the general perception, the Covid fear still hasn’t subsided and the new variant rearing its head testifies to this fact. The government and the public would do well to take the new variant seriously.