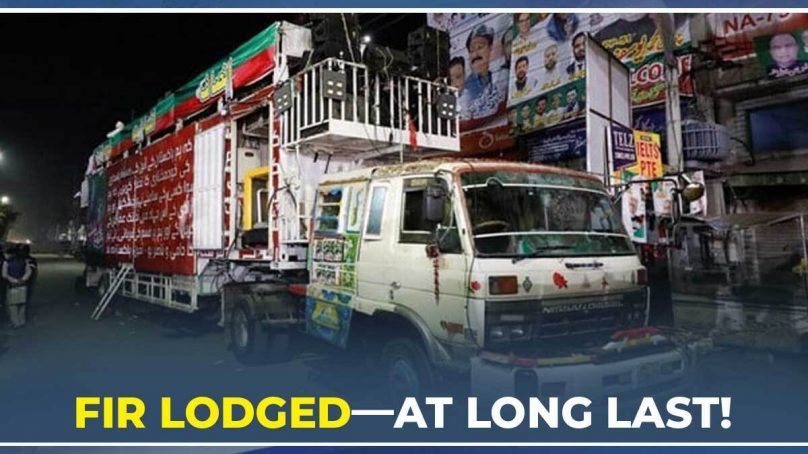 November 8, 2022 0
17 views
After much dilly dallying an FIR regarding to assassination attempt on former prime minister has finally been registered. But there was barely any need to make a simple legal procedure such a farce. But, in the end, intervention of the chief justice in the matter and issuing a warning of a suo motu to the IG Punjab if the latter failed to lodge the FIR did work.
A significant roadblock had been created by Mr. Khan’s demand on the nomination of a top intelligence official. Even though the inspector general later revealed before the chief justice on Monday that the PTI’s allies in the Punjab government had been causing obstacles, the PTI head had alleged that Punjab Police had refused to file his complaint. As he attempted to persuade Mr. Khan to think again, Chief Minister Pervaiz Elahi’s relationship with Mr. Khan must have experienced some serious difficulty.As per the law, the armed forces officials are not immune from being nominated in an FIR, but there was resistance from somewhere against this move, even though a transparent probe may have  absolved the officer from any wrongdoing and proved the PTI chief wrong.
The inordinate delay has prompted a common Pakistani to wonder why an armed forced officer is entitled to receive such preferential treatment when the interior minister and even the prime minister, no less, did not object to being included in the same complaint.
Meanwhile, the delay also provided an opening to the PTI to push the narrative that it was being victimized, while accusing the powerful quarters of using their clout to deny justice to its chief. While things now appear to be heading in the right direction, what lies ahead is not entirely clear. While Mr. Khan and the prime minister have finally reached an understanding over how the attack should be probed, the former appears to be adding to the difficulty by demanding that those he has accused quit. If Mr. Khan consents to a Supreme Court panel looking into the matter, he might want to think about letting the commission make that choice.
It is simple to level allegations, and Mr. Khan hasn’t offered much support for his demands. Instead, it appears that he is using the chance to settle political scores with those who he believes are standing in the way of his ascent to power, endangering the probe by putting forward demands that appear unlikely to be met.
The attack on Mr Khan’s life has further wedged a deep divide between the citizens and the state: while the probe ought not to be treated as a personal privilege by the PTI supremo, it needs to be launched immediately, conducted transparently, and its findings should be made available to the citizens of the country.
Like 0
Dislike 0
Imran Khan551
Previous
Editors Choice
Read more