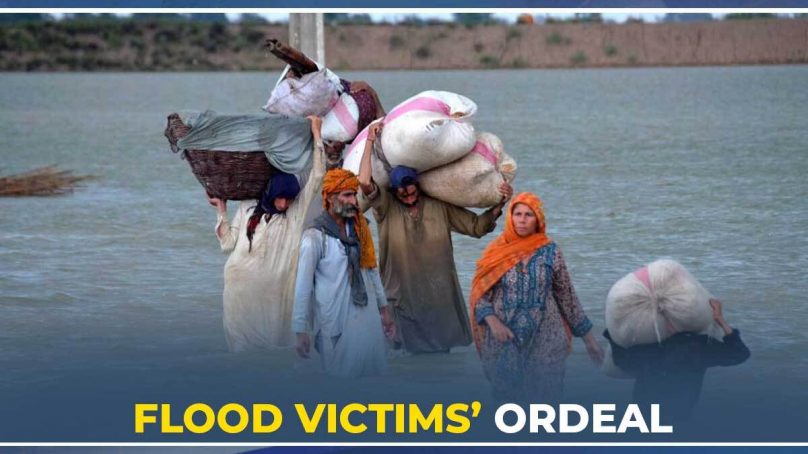 ACCORDING to reports, the hapless population, pummeled by the devastating floods across the country, continues to suffer and is extremely vulnerable. A hard winter raises the specter of another severe humanitarian crisis for those living in about 35 districts across Pakistan, according to a UN assessment released last week.

Alarmingly, there are reports of broken shelters, stagnant water, a shortage of winter clothing, and secure heating resources.

These factors raise the likelihood of gender-based violence in addition to imperiling the health of millions of people. According to the study, half of the over 14 million people who require food assistance also need access to nutrition forthwith.

Stunting rates will be significantly impacted by the paucity of food and the spread of disease brought on by a lack of adequate drinking water and sanitary facilities, according to a second assessment that supplements the Post-Disaster Needs Assessment.

Devastating floods this summer have caused hundreds of thousands of families to become impoverished and forced another 2 million homes into poverty.

These reports’ descriptions of the degree of devastation and hardship experienced by individuals affected by the floods are horrifying, and they must spur increased action and assistance from our government and the rest of the world.

Following a series of natural catastrophes, including the 2005 earthquake and the 2010 floods, our government and disaster management agencies have developed a framework for minimizing the effects of disasters. They must examine prior instances and alert the public to the ongoing danger facing the affected population.

Humanitarian needs, security, nutrition, public health, and poverty must all be given priority in the allocation of resources. If this is not done, millions more Pakistanis will become desperate, which would have long-term effects on both people and society.

The flood catastrophe is far from over. Even when the floodwaters started to subside in September, individuals who lack sufficient shelter are more vulnerable than ever to calamitous weather.

It is extremely regrettable that the flood disaster is barely mentioned in the public discourse, which seems to be limited to politics, scandals, and power struggles.

The people who are impacted by this catastrophe cannot be ignored by our leaders. A sizable portion of the populace continues to wait for their basic rights as the nation lurches from crisis to crisis while living in abject poverty and without access to shelter or safety.